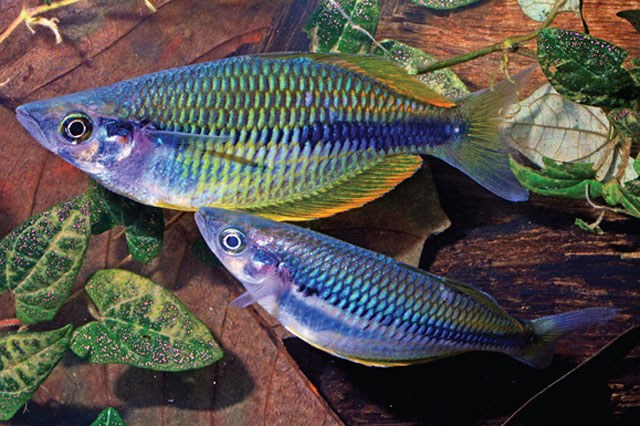 Scientists keep finding new fish in the Coral Triangle, and not just on coral reefs.

Melanotaenia flavipinnis is a beautiful new freshwater rainbowfish.  The fish was discovered on Misool Island in the West Papua Province of Indonesia.  This species is only the second known rainbowfish from this island, one of the four major islands that constitute the Raja Ampat Islands, a renowned coral reef hotspot and popular dive site.

M.flavipinnis’ closest congenor is M.misoolensis, the other rainbowfish found (only) on Misool Island.  M.misoolensis is infrequently encountered in the aquarium hobby but this species has been kept since the mid 1980s.  We dare say M.flavipinnis is even more beautiful.