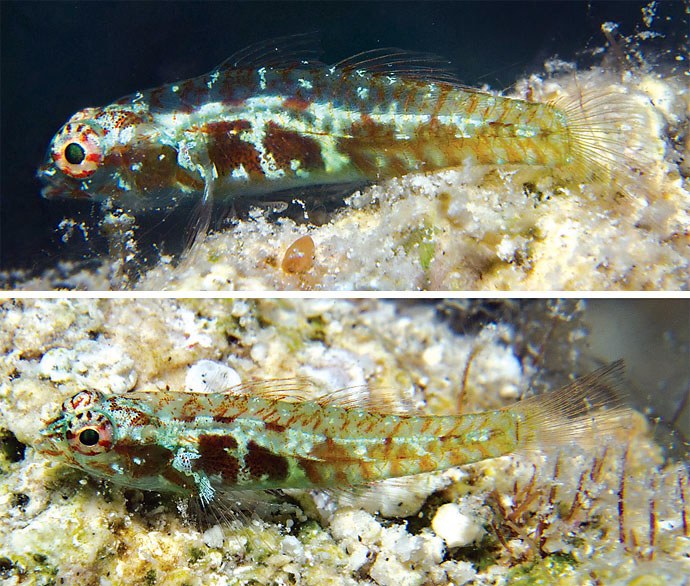 Eviota oculopiperita may not be the most gaudy goby (take a look at Trimma helenae, which was officially described earlier this year).  But the new goby recently described in the Journal of Ocean Science Foundation is quite special in its own right.  This tiny goby is a rare greenish pigmentation with scales outlined in brown, creating a crosshatch appearance.  The main body is translucent; you can actually see the fish’s organs and white spine that runs the length of the fish, which measures less than half an inch (11.9mm).

The journal also described another new Red Sea dwarf goby, Eviota geminata, below.  With the discovery of these two gobies, the total number of Eviota species known from the Red Sea is now eight.

Has the invasive Lionfish finally met its match?