Led by the American Museum of Natural history a DNA-based study has created a new order of marine organisms under Cnidaria. Published in PLOSone the four year long study  set out to reorder Anemones into a more “natural” selection based on “evolutionary relationships.” “The discovery of this new order of Cnidaria—a phylum that includes jellyfish, corals, sea anemones, and their relatives—is the equivalent to finding the first member of a group like primates or rodents,” said Estefanía Rodríguez, the assistant curator in the Museum’s Division of Invertebrate Zoology and lead author of the new publication. 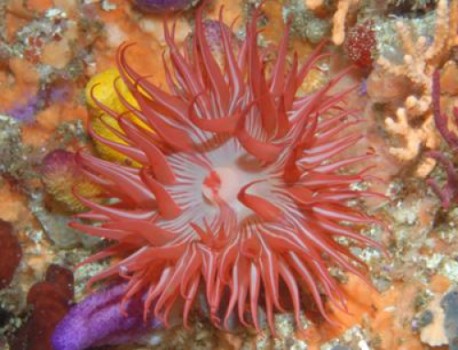 “The difference is that most people are far more familiar with animals like chimpanzees and rats than they are with life on the ocean floor. But this amazing finding tells us that we have so much more to learn and discover in the ocean.” She also added: “Anemones are very simple animals. Because of this, they are grouped together by their lack of characters—for example, the absence of a skeleton or thelack of colony-building, like you see in corals. So it wasn’t a huge surprise when we began to look at their molecular data and found that the traditional classifications of anemones were wrong.” Read more here!

Peas in a pod