Interzoo 2014 at Nuremberg, Germany – Our point of view 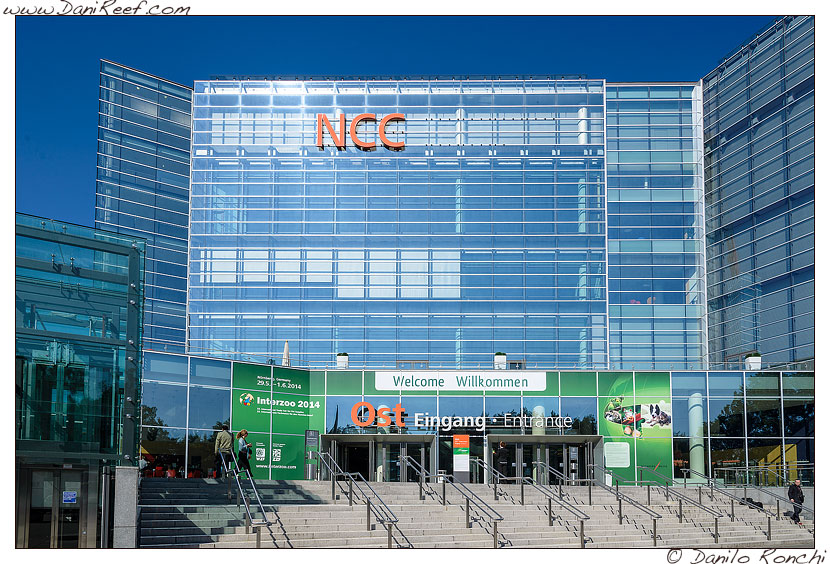 The 33rd Interzoo 2014 is now behind us. We are on the plane and we’re going home, the ideal time to write our usual point of view.

This is the fifth time that I have the luck to be present at what is the largest trade fair in the world for pet supplies. And yet it is always as if it was for the first time. 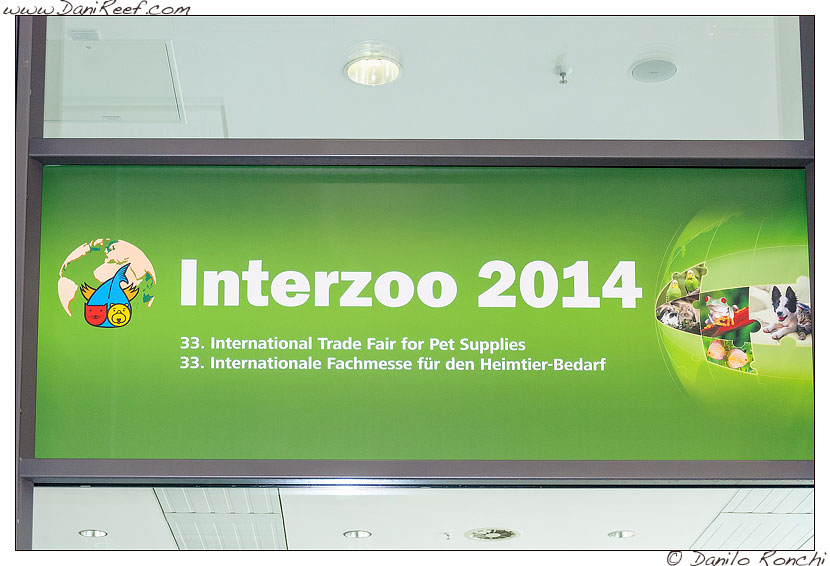 An exhibition full of new products and ever new and different, Interzoo rediscovered itself again every two years, it leave us breathless, with news, products and technologies.

If the last time (2012) it was the true consecration of LEDs, a trend maintained in this fair where there were practically only LEDs and a few T5, with the only significant and notable exception of the lamps of the Giesemann Matrix 2 Dimtech T5, and if the fair even earlier (2010) had been to automation with everyone trying to present something automatable, this show was, in our opinion, the DC pumps fair. They were everywhere, from water movement pumps to return pumps until skimming pumps, the trend of 2014, if we have to choose one, it was just that. The DC pumps, used and usable everywhere. 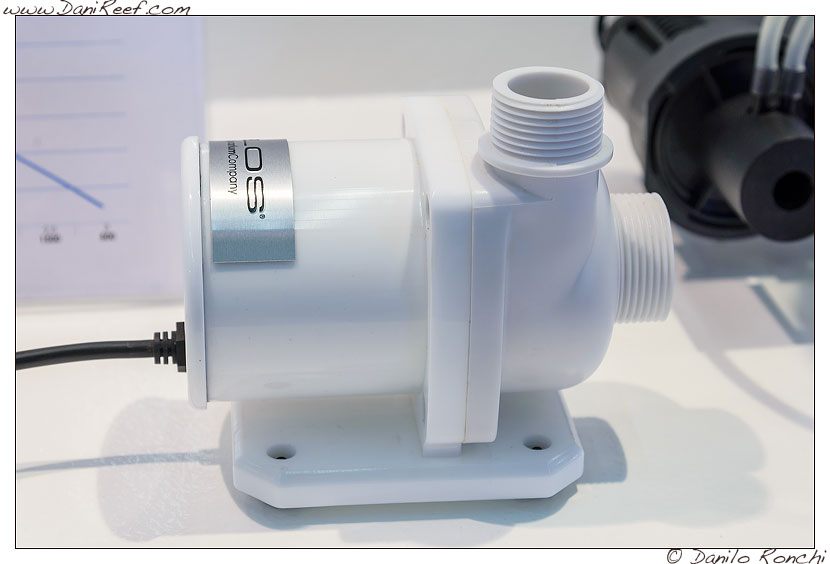 The public, however, was not one of the big occasions, at least for what was our feeling, then of course the exhibition management will surprise us with the usual amazing and mind-boggling numbers that have pulverized all previous records of popular participation. Right now in fact we learn that the official numbers speak of 37,000 visitors from over 120 different countries, with an increase of 2% compared to the previous fair.

As we said our feeling is that the show has not had as much visitors, but the opinions, gathered from the various brands, have been good, at least it seemed that they were more satisfied that those unsatisfied and more than one has commented with a hope message that the crisis was now behind us, and that finally seemed to pull a wind of change.

But let’s get to the most interesting news we’ve seen during the exhibit.

What most impressed me personally was the new circulating pump, the Riptide – Gyre Generator presented by Maxspect. A pump that uses a new idea that instead of employing the “usual” helical impeller to impress movement to water, which to date is probably the best existing technology, uses the idea of ​​using a propeller similar to tangential fans we might venture to call “tangential“. 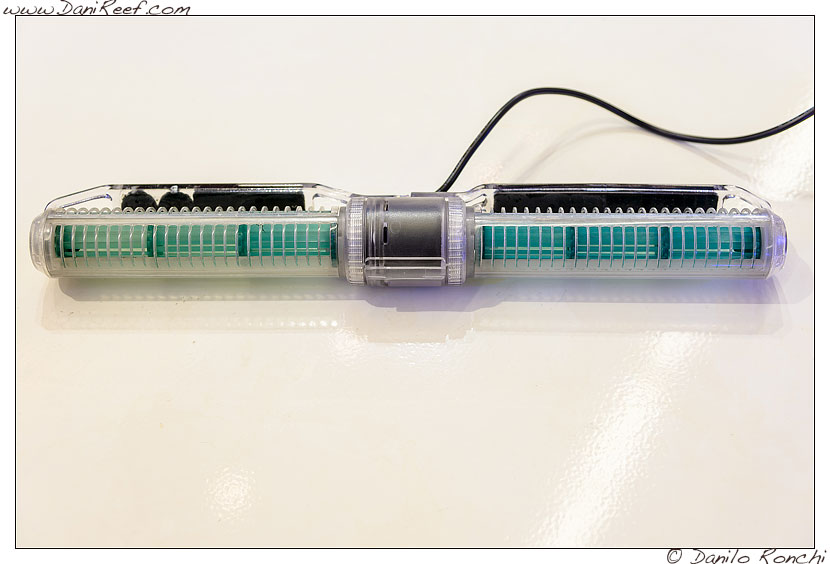 In this way the water movement is given by the blades which impart a tangential motion, different from that we are accustomed. All to see. Obviously they are not perfect, they are still in the prototype stage and we’ll talk soon with our in-depth article devoted to the Maxspect booth, we do not know now if they can be the future, but the idea is really very interesting. 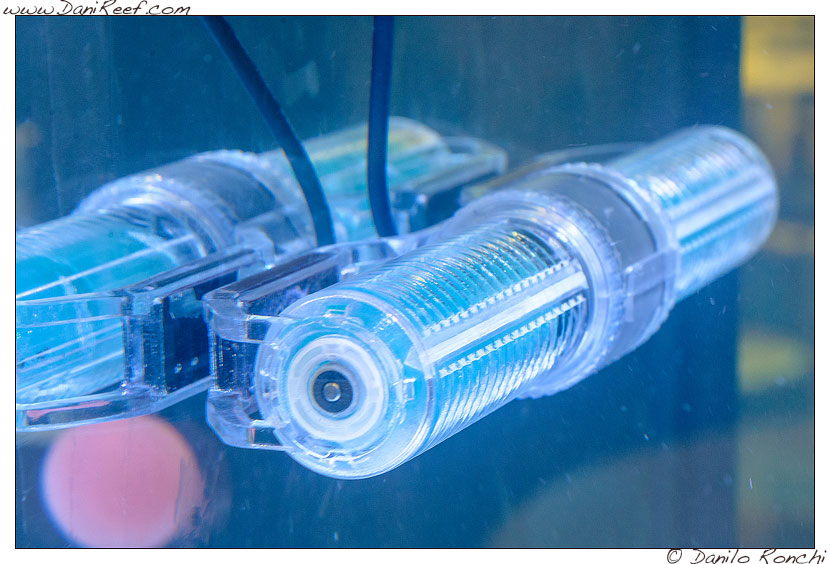 Another group of objects truly worthy of note, and that we already knew for having take care of the video presentation (see here), they were definitely the new chillers presented by Teco. Beautiful, beautiful, hyper-functional, improved in every possible detail, and light years ahead of China’s most fierce competitions which, although present at the fair, brought their own chillers of an old design that can not hold a candle to. 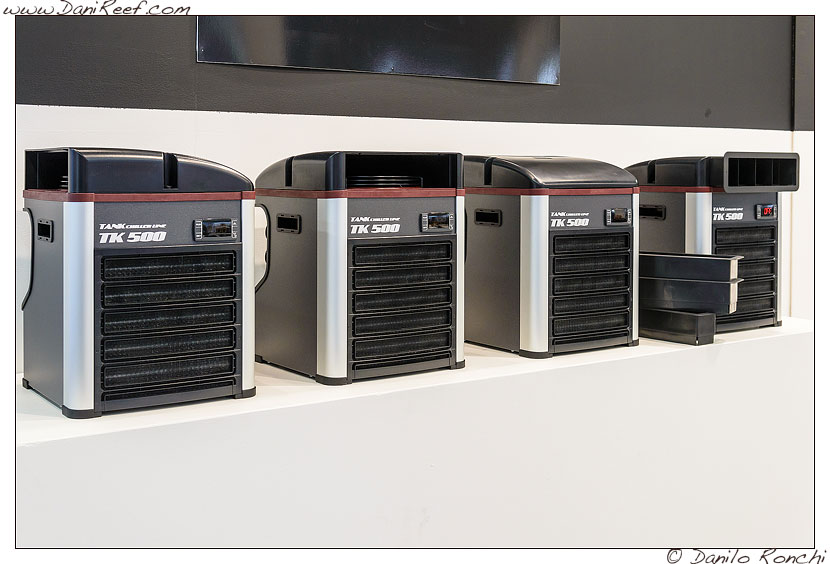 Another good news was the skimmer of the RLSS that was practically without cover cap of the needle wheel, using all the available space around the impeller to increase the contact time and create larger bubbles. Already present in the U.S.A. since 2013 finally we see it also in Europe, of course, the skimming pump was a DC pump. 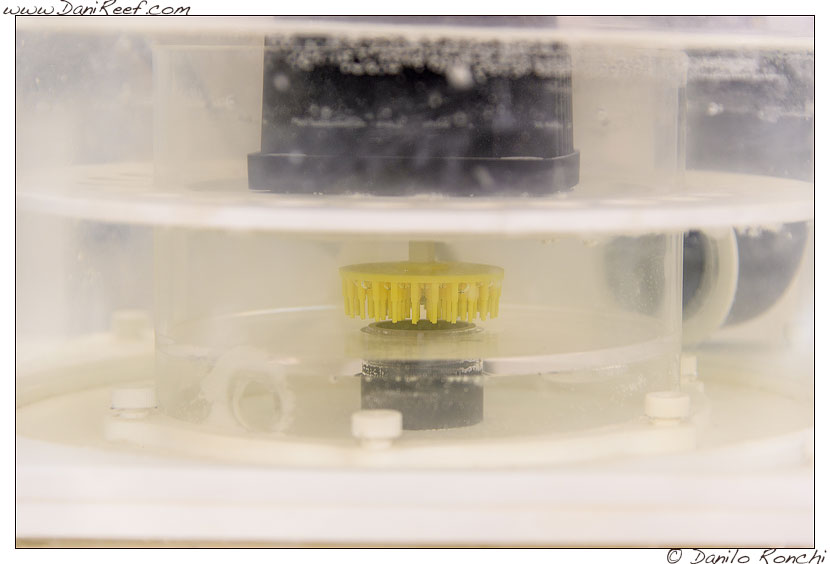 The curiosity that impressed us most was the new magnet for automatic cleaning of the glass, RoboSnail by AquaGenesis international. A magnet fully automatable that will clean the glass front of our marine aquarium in total autonomy, of course this possibility is not without some boundary problems, as we will see in our feature article, but hey… who would not want a similar item? 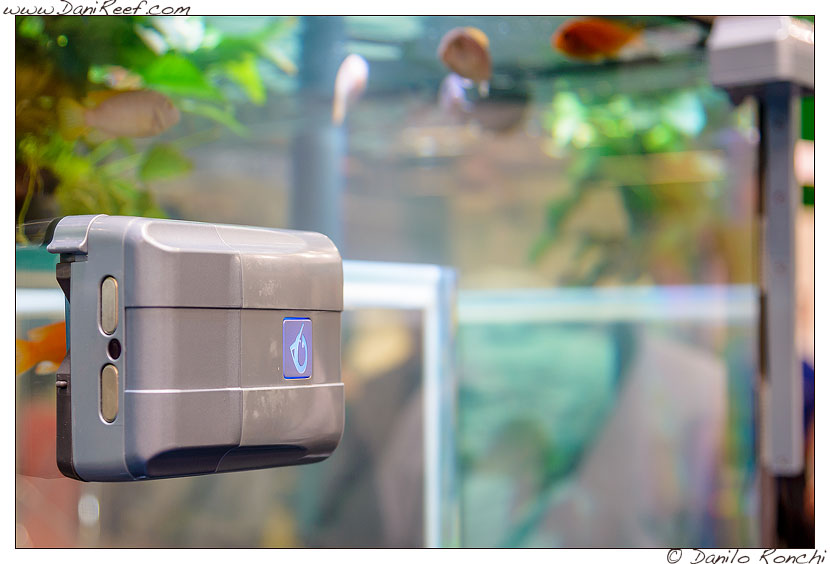 The biggest missed opportunity? Two… unfortunately. As probably many of you know by seeing the various posts on social networks, at the fair there were Brett and Wayde from ATM, unfortunately we have only learned this on late Saturday, and despite having looked for, both Saturday and Sunday we never found them. I thank my friend Deta from Oriens fish store for sending us this picture. 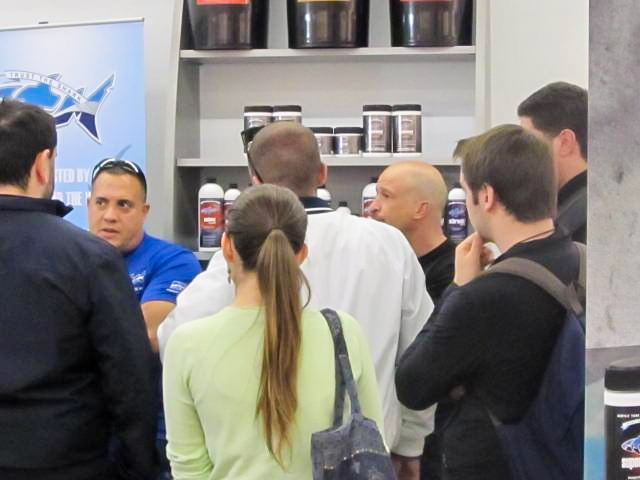 And finally, we were unable to see two beautiful and very rare fish that were on display in the booth De Jong MarineLife, the Apolemichthys kingi and Paracentropyge boylei, even if the stand was really all to watch and admire, as you will see in the coming days with our fantastic pictures.

During this fair we could see some nice fish aquariums. First of all the aforementioned stand De Jong MarineLife and the usual beautiful corals from the Korallen Zucht booth.

Side note, we were invited to the party hosted by Sicce for its 40 years of activity, and it was a really nice party. A new situation for us, and then we would like to thank sicce for inviting us. We have really appreciated. 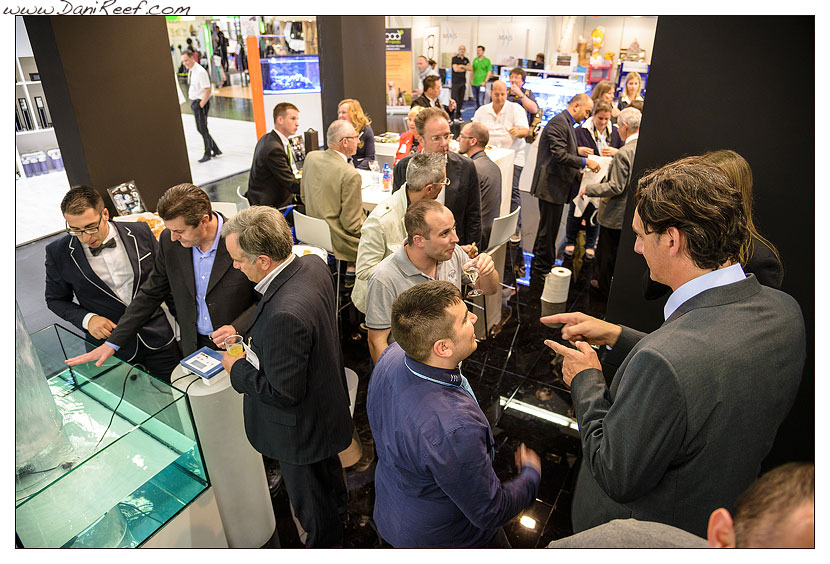 Now there is no time to mention all, because the article would be really incredibly long, so we ask you the time to be able to prepare our reports, confident that we will satisfy all of your curiosity.