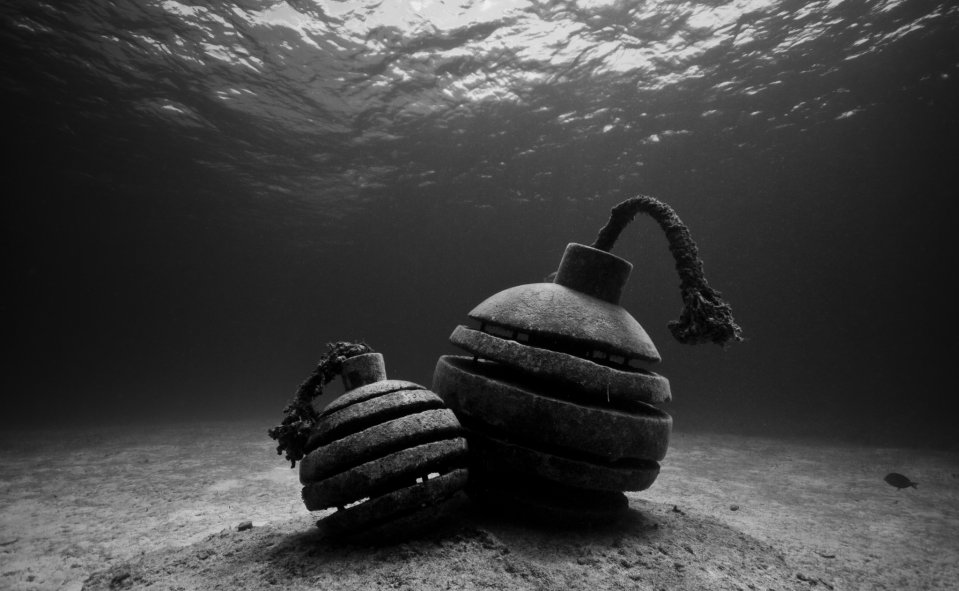 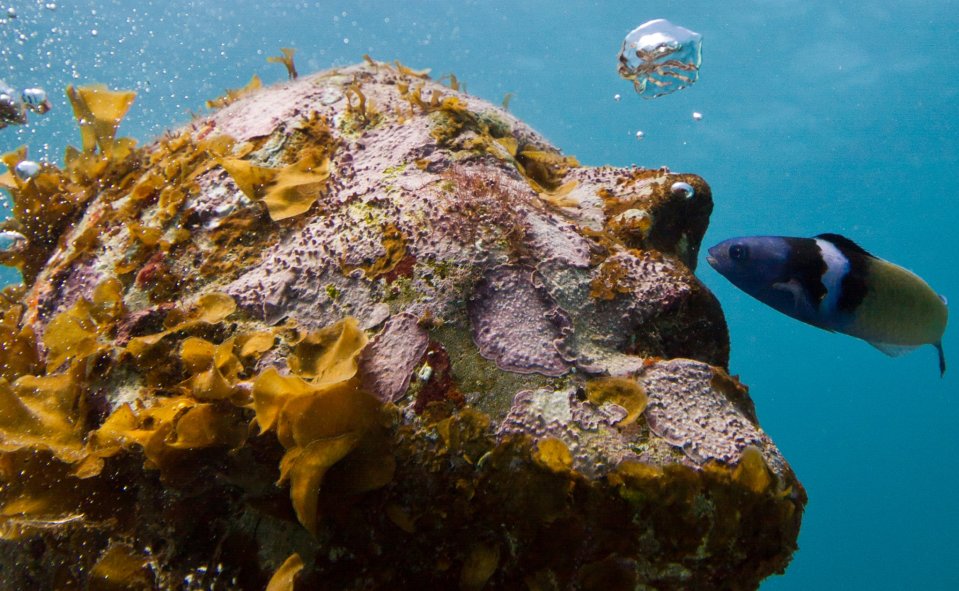 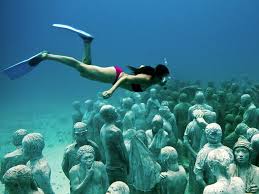 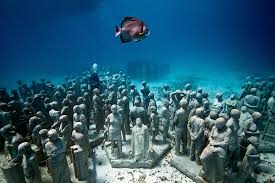 Jason DeCaires Taylor, who had attended art school and grew up near the Oceans of Malaysia, had been a dive instructor, theatrical designer and photographer for the past 12 years. With a blended background of art and the Ocean, Taylor has brought both to life creating the World’s First Under Water Sculpture park in 2006 in Grenada.

His goal was to ‘create art that would faciliate marine life.’ Taylor has created artificial reefs, including his statutes, which he has placed underwater to allow marine life to grow around. His statues are amazing works of art, and they are very diverse. Made above the surface in Taylors workshops, they are then hauled under the water using riggs made just for the statues. Once they are reach the targeted location, they are drilled into place using marine hydralic drills. They are also healthy for the ocean, made of marine grade cement that is free of any metal or other harmful substances. The statues are placed in different oceans around the World, including off the Coast of Grenada, the Bahamas and Mexico. Forbes designated ‘MUSA’, Taylors amazing underwater museum off the Coast of Mexica, as one of the World’s Most Unique Travel Destinations. The statues are also practical and serve as fantastic environments for the fish and marine life he is seeking to promote. For example, Taylor used a Volkswagon Beetle to express fossil fuel consumption, and the interior of the car was a great hide out crusteceans. The statues also promote algea growth, vital to coral reefs. Not only do the statues promote marine life, they also encourage tourism and divers to come view them. These fantastic creations will surely be on my next diving vacation list. MORE