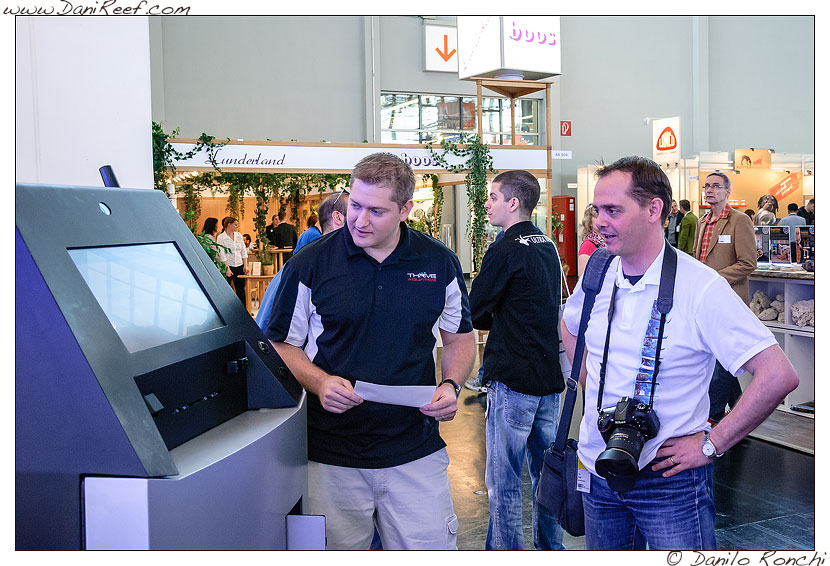 We have met Thrive Aquatics during the last Interzoo, and also had the chance to meet them during Macna 2013 at Ft. Lauderdale and now we have met them again to fully understand the impressive WaterLab.

Thrive Aquatics is well known in Italy since Interzoo 2012, for their wonderful coral plugs, and for the Tree 360 to contain all the plugs with a tree shape.

The Waterlab is been improved since, and in the frontal panel we read today Waterlab when the first prototype we saw at Macna had Thrive, and we have the pictures 🙂 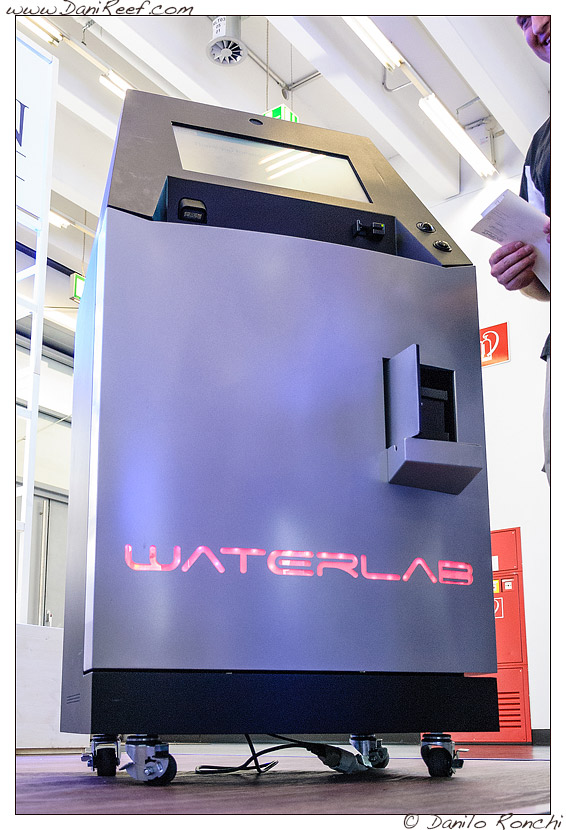 The Thrive WaterLab is an automatic lab to do many water test, aimed for shops, because the price is to high, in our opinion, for a simple reefer 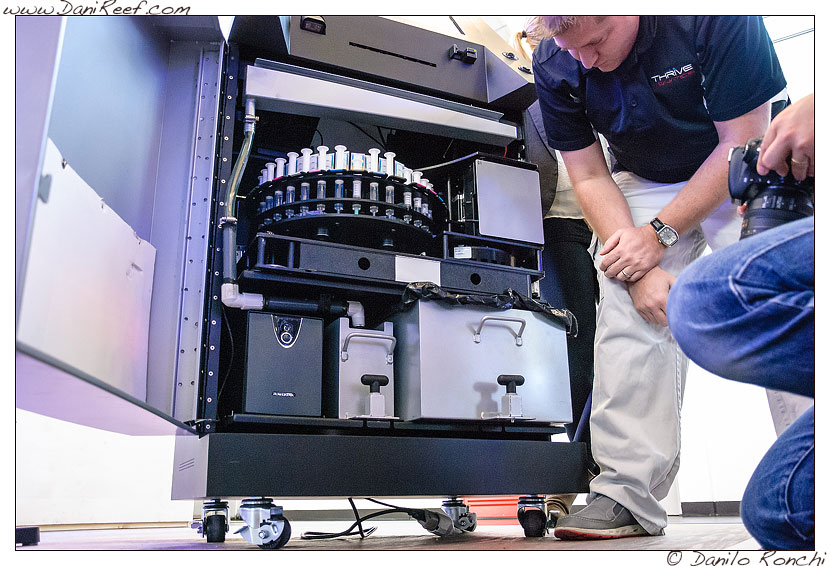 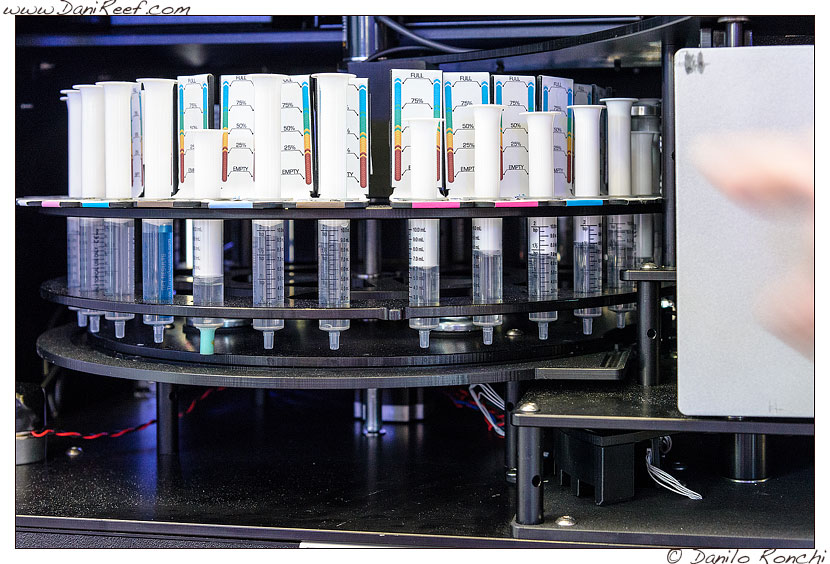 As you can see from the picture of the inside, there are all the syringes with all the reagents, and one simple colorimetric indicator of the contents for each syringe. 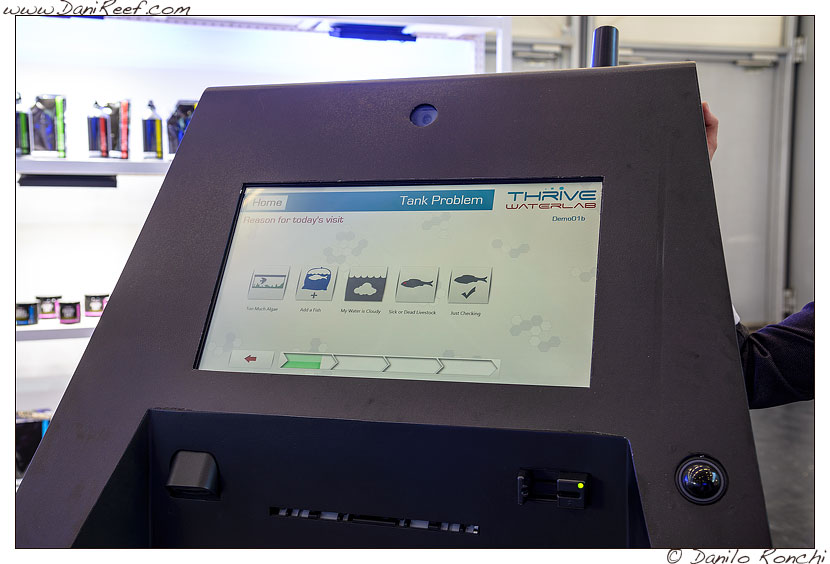 The Thrive Aquatics Waterlab is extremely simple to use. We have only to choose the test we are interested and put the water… if we leave our name, Waterlab can store all our parameters, locally and on Thrive Aquatics website, so we can browse it, from everywhere we’ll be in the future. 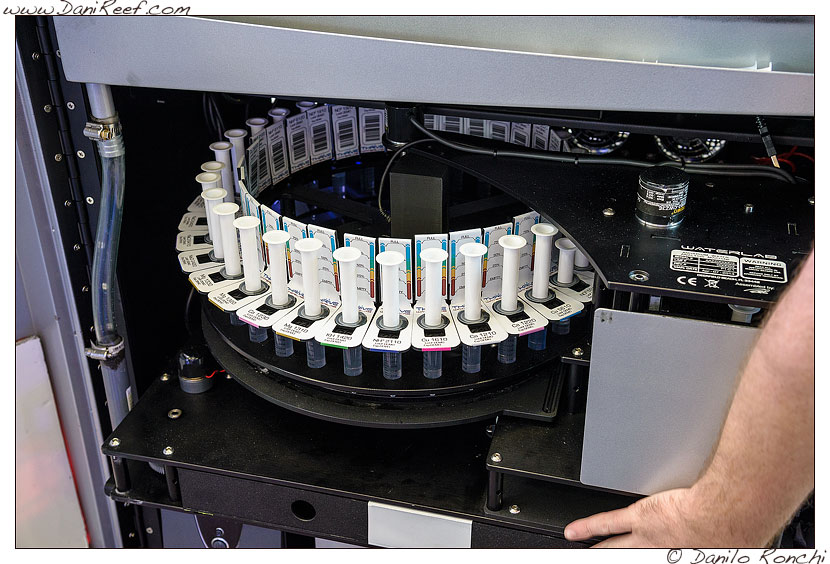 The test that Waterlab can perform are the following.

and only for marine water:

And only for freshwater 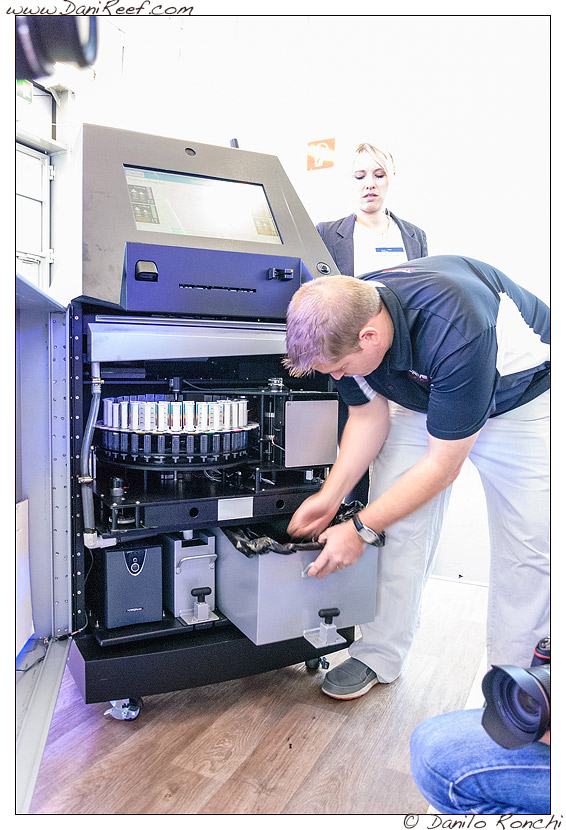 In the picture we can see the anterior part of the machine, with the big trash bin 🙂 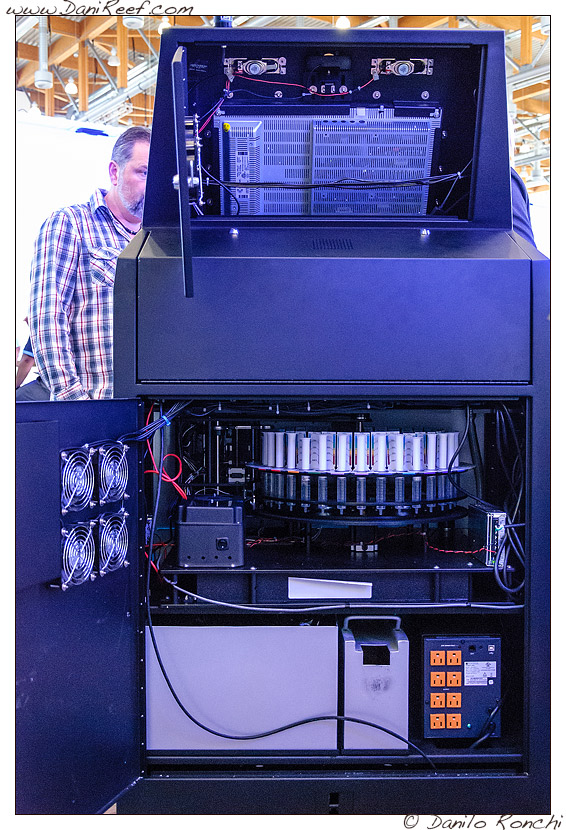 And here we have the interior from the back, with fans, back of display and syringes with reagents. 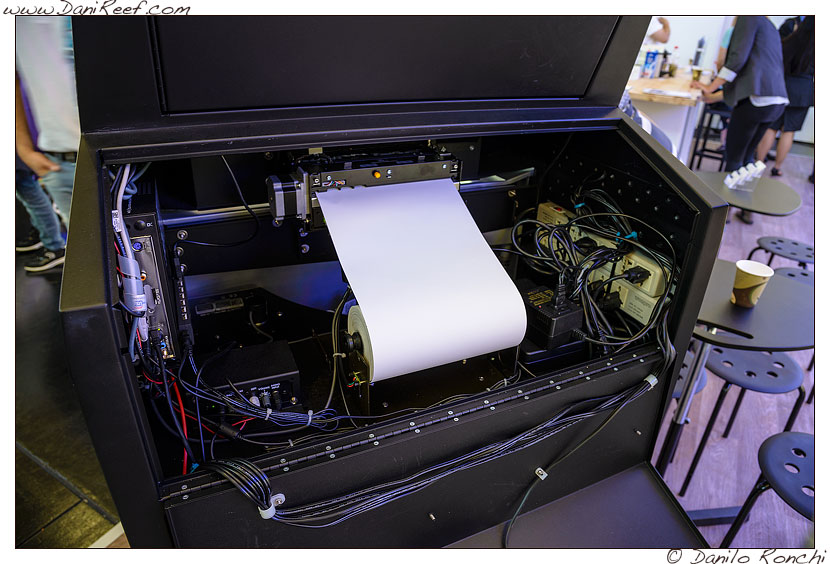 The DataLog and all the wiring.

Obviously, as we have just written at the beginning,Thrive Aquatics it’s not only WaterLab, but in the booth we have seen also all their products… but… hey, they attract so less attention than Waterlab… 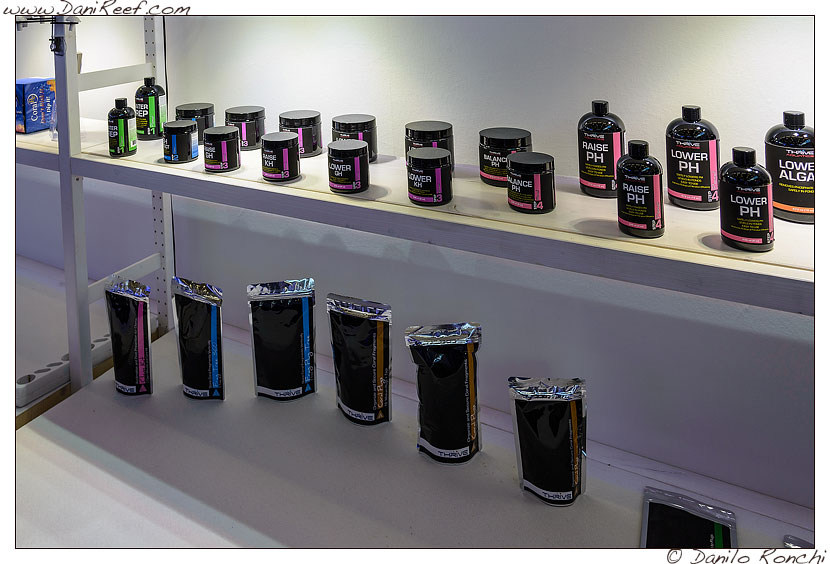 Thrive Aquatics has also additives for marine water, fresh water and ponds. Then some “organic control” bottles, for phosphates remover or stimulant 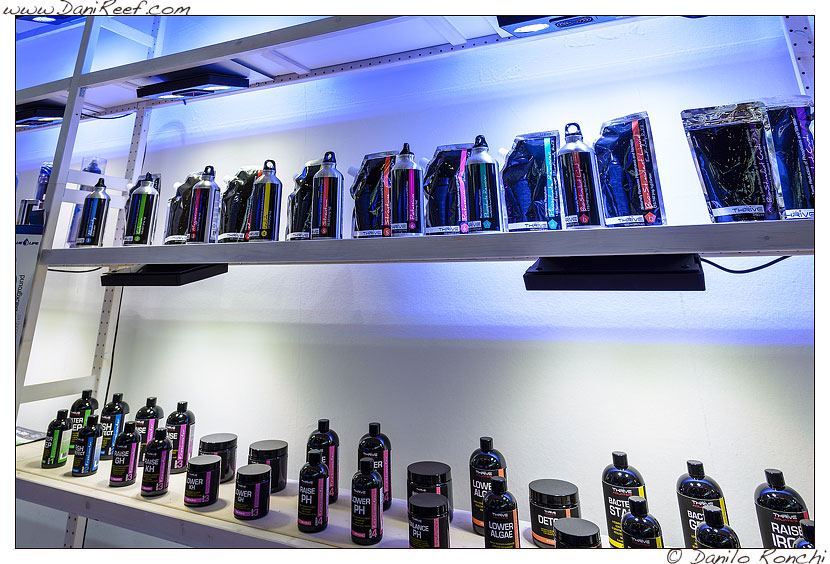