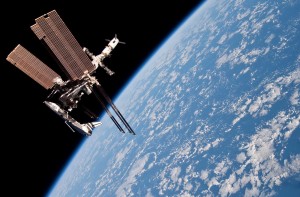 Space officials and experts were left dumbfounded as to how traces of sea plankton and other various micro organisms were found living on the surface of the International Space Station. It’s unlikely the plankton hitched a ride before the craft was launched, as it’s not found in Baikonur in Kazakhstan, where it initially took flight. Scientists are theorizing they may have been blown there by terrestrial air currents, which makes pretty decent sense to me – I’m guessing alien plankton is unlikely. Russian astronauts Alexander Skvortsov and Olek Artemyev made the discovery during a routine spacewalk. While it may seem a bit jarring the organisms were able to survive with the lack of oxygen and extreme temperatures, sea plankton is actually quite capable of enduring even the harshest conditions. More can be read here and here.