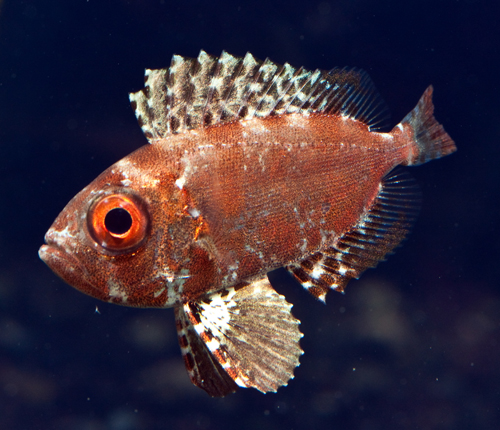 Red coloration and large eyes are typical of deep-water fishes. In the Atlantic, bigeyes of the family Priacanthidae are associated with benthic habitats of the continental shelf, often in water deeper than 100 meters. Although we often find members of this family and other deep-water species among the tropical strays that make it into Long Island waters, this specimen was found off-shore, hiding in a piece of Sargassum weed. Unlike many of the other animals that are associated with Sargassum communities, the bigeyes’ coloration don’t afford them much protection in the way of camouflage. 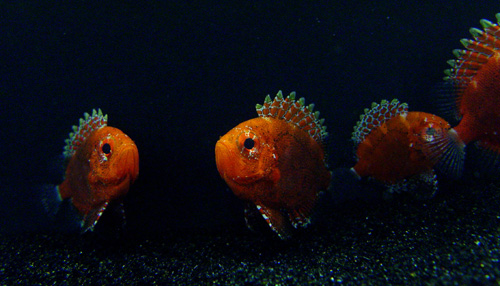 Short bigeyes, Pristigenys alta, a deep-water species that often associates with Sargassum weed and other flotsam as a small juvenile.