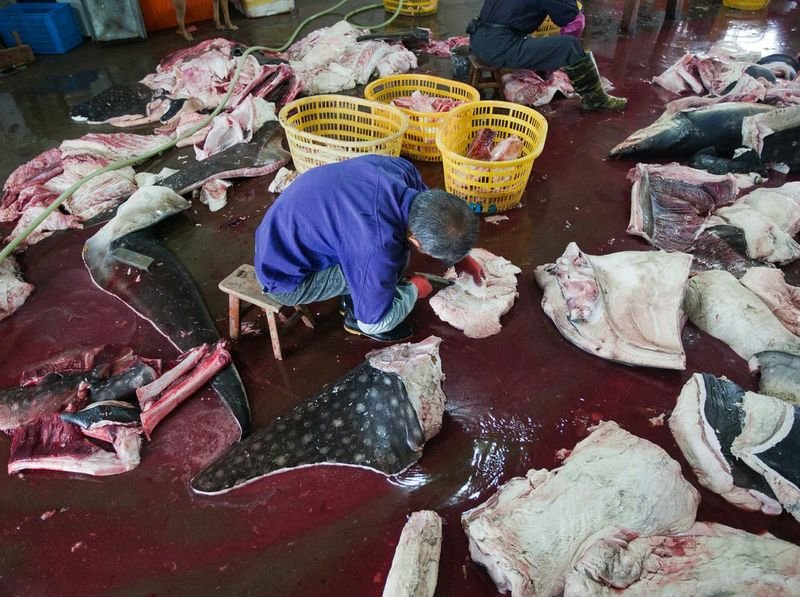 A Chinese Non-Profit Group, Wildliferisk.org, has exposed the Worlds Largest Slaughterhouse for Whale Sharks. The facility is in Wenzhou, China, and kills an estimated 600 or more Whale Sharks per year. The Shark are dismembered for their parts, which are used for medicines, soups, leathers and cosmetics. While Chinese culture and taste differ from our own, in the 21st century, with significant pressures on endangered animals like the Whale Shark, attitudes must change. MORE