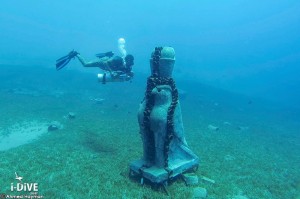 I was originally planning on hitting the Museum of Natural History tomorrow since, GASP! I’m a born and bred New Yorker and have never been (shameful, I know), but then I saw this incredible underwater art museum located in the Red Sea. Ok, realistically I’m still going to stick to New York City and fulfill my duties as a Manhattanee since I don’t have the unlimited funds or freedom to hop on an 8+ hour flight at my whimsy. This place, however, easily makes it onto my ever-growing list of places I must see (I swear that list grows faster than bryopsis algae). So a community of scuba divers, i-Dive Tribe, in the city of Dahab, Egypt congregated to create this stunning museum that will set the foundation for a brand new reef. They’ve worked to submerge three massive statues into the deep over the past three years, all designed with reef growth in mind. The structures feature mazes of open tubing and ledges to promote a thriving environment for life to flourish within the Sinai Peninsula. Several species of marine life have already taken refuge within the man-made crevices within the statues, which are now covered by soft corals and surprisingly patches of hard corals that started forming rather quickly within the span of a year. The museum is now an active dive site open to the public. Oh well, maybe by the time I get out there they’ll be quite far along and established. Until then, the Museum of Natural History has a sweet Pterosaur exhibit I’ll be dorking out around. 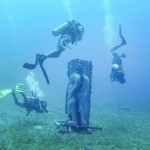 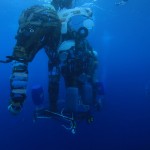 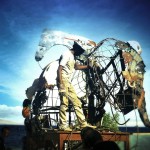