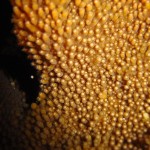 The weekend is here! :-O

Reefs in Home Decor – Connect With The Sea in Style