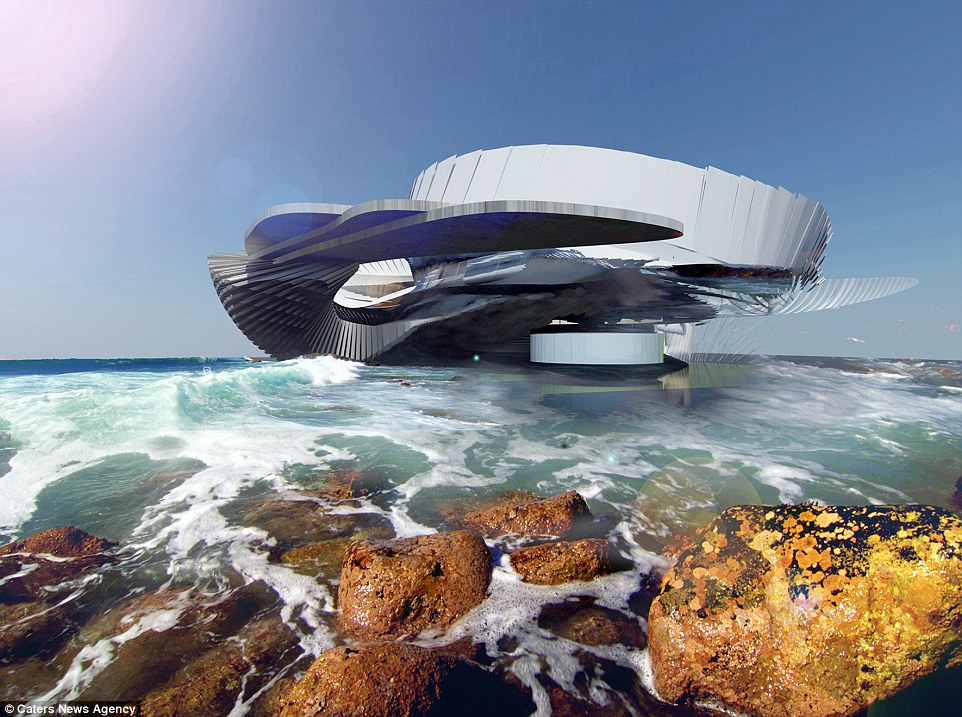 Green and energy efficient building design is catching on around the world. This house is pretty much amazing. Designed by London-based architect Margot Krasojevik, the ‘Hydroelectric Tidal House’ is intended to stimulate the energy and movement of the tides. The construction focuses around two shells, one outside and in inside.The inner shell is made of aluminum, moves with the tide. While the outer shell is made of concrete and is powered by solar energy. 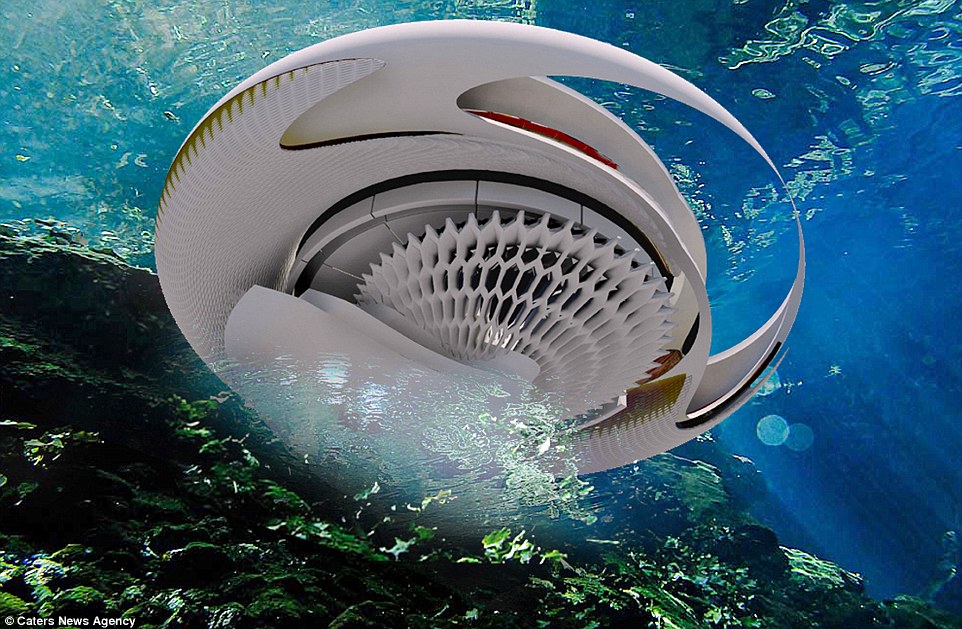 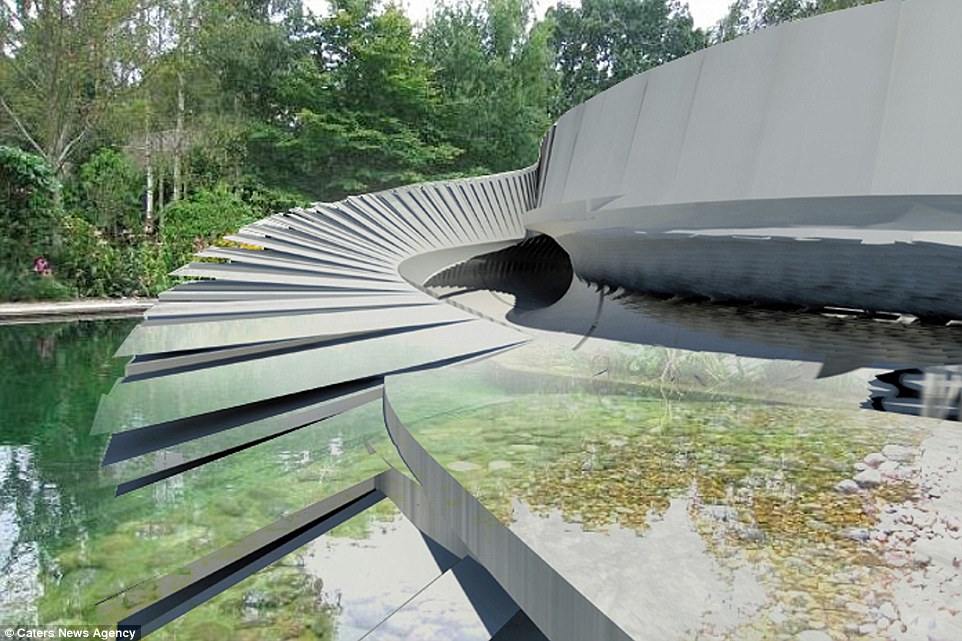 The house also includes a ‘two-part turbine’, which uses the waves to create an electric current. The home was designed to be a surfer’s beach house, and the designer said she was inspired by the way surfers move through the waves. I don’t know what I like more, the energy efficient concept, or the futuristic design.  MORE