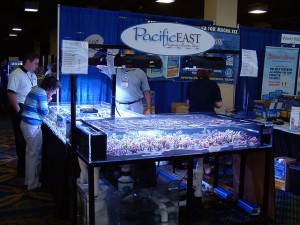 I’ve been a loyal customer of Pacific East Aquaculture for many years. In 2012 I traveled there, and covered Dr. Mac’s store, and history in the hobby for Tropical Fish Hobbyist Magazine. They are Maryland’s only certified aquaculture facility, which specializes in a variety of animals for reef aquariums, and have always had a consistent offering of rare and unique corals, at affordable prices. 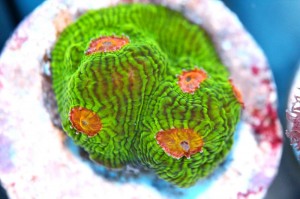 Well now Pacific East Aquaculture is opening the floodgates, offering a huge variety of hand-picked corals to their clients, through a partnership with Indo Elite Coral (IEC). IEC hand picks specimens for Pacific East, so you can be assured that only the most beautiful corals make the cut. If you’re looking for something new, unique and exciting, check out Pacific East Aquaculture’s website, and look for corals that have the IEC preface by their name.

Reef Savvy: “We Give Tanks. To Give Thanks. To Help Kids Live.”