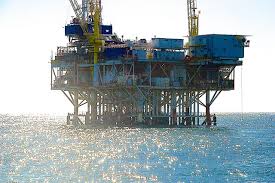 This is an interesting article which seems counter-intuitive to what we would associate with the image of oil platforms. A new study from Occidental College, UC Santa Barbara, and the U.S. Bureau of Ocean Energy Management shows that oil platforms had 10 times the fish biomass to other, more traditional marine environments. The study surveyed oil platforms and seven different reefs through the years from 1995 to 2011. Fish population were counted in all of the areas surveyed. The Study revealed that the oil platforms were 27 times more productive.The study was published in the Proceedings of the National Academy of Sciences.