The Triton method arrives in the United States 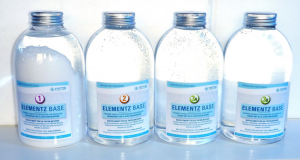 I was first introduced to the Triton method a while back, while it was still gaining traction in Europe. As a reef aquarist with a knowledge of natural reef ecosystems, I’ve always felt there was something fundamentally wrong with our approach to reef aquariums. Natural reef ecosystems are immensely stable, with very few fluctuations. In the reef aquarium hobby, we utilize water changes as a way to remove waste and replenish trace elements. I’m always looking for something new, and Triton offers an entirely fresh approach to keeping a reef aquarium. Until now, it’s been exclusively available in Europe.

Thanks to one of my favorite reef entrepreneurs, Scott Fellman at Unique Corals, Triton has made its way to the United States. I simply cannot think of anyone better to introduce this method to America.

What is Triton? Take it straight from the horse’s mouth: 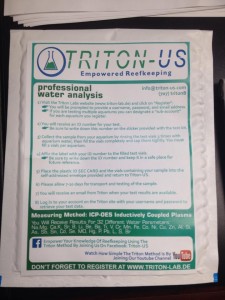 Triton Labs is a company with core skills in analysis, research and development for seawater aquariums. Triton believes that “empowered reefing” is possible when information is available for reefers of all levels. One of the main tools for this is the ICP-OES analysis, which provides reefers with important data relating to the trace and macro element compositions found in different oceans around the world. Triton Lab’s founder, Ehsan Dashti, and his staff of researchers developed and refined the protocols of empowered reefkeeping, enabling aquarists the world over to easily provide optimum conditions for coral health and growth. A combination of scientific skill and real world reefkeeping experience puts Triton on the cutting edge of the hobby. The coupling of information and simple, yet elegant husbandry protocols to eliminate environmental variables comprises what is known as “The Triton Method.” 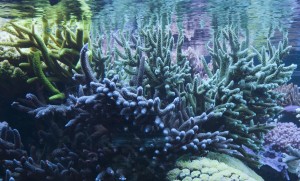 The method got a lot of buzz on aquarium forums, as a way of keeping a reef without water changes. While there is a vein of truth in that, Triton focuses more on maintaining stability and using natural processes to remove waste. A key component of the method is very detailed water analysis, which takes a serious look at water chemistry and provides additives to help re-create natural seawater conditions. It’s pretty simple, just order the Triton water analysis kit and when it arrives in the mail, register your test sample online and mail it back to Triton. I certainly am anxious to see just what my reef water is composed of. You can read more about Triton U.S. here, and order a test kit of your own.

New Double Cone 130 on the Way from Bubble King