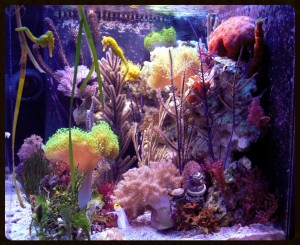 Ever been so angry with an event in your aquarium that you were ready to throw it out the window? Or smack it with a hammer? Username “Zia” takes the cake on the most creative and brutal way of disposing of an aquarium I’ve ever seen…

First he deserves big time props on establishing a gorgeous aquarium, chock full of gorgeous coral and little reef dwellers including seahorses. This tank shares a sump with another adjacent aquarium that houses stony corals more commonly associated with the hobby. 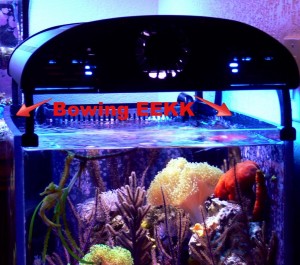 One day while checking on the tank he noticed the acrylic had started to bow, to the point that I’m not sure how it didn’t burst! The quick decision was made to empty the aquarium and replace with another tank that wasn’t itching to dump fifty gallons of saltwater all over the floor.

At this point any reefer would’ve been on the same page with replacing the tank, it’s what Zia did next that had my jaw floored, laughing out loud, and clapping all at the same time. 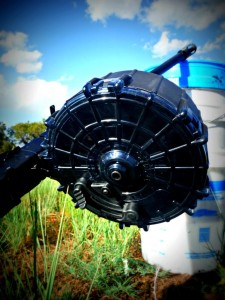 Break out the big guns! Literally. A site was chosen, the aquarium was placed on five gallon buckets, then filled to the brim. What ensued is the making of dreams for some, and tears for others. Regardless it’s one heck of a way to release some frustration and dispose of a ticking time bomb of an aquarium. Enjoy this awesome video Zia made, complete with several angles of the action including first person via HD recording sunglasses.