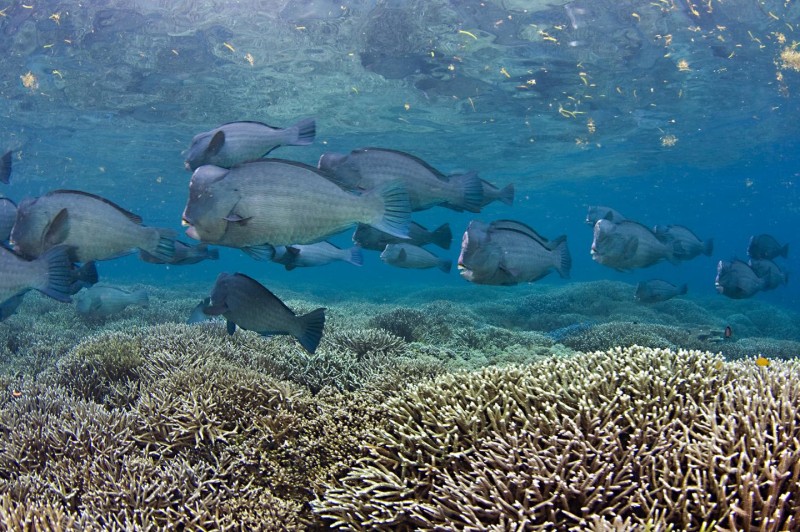 With the lists of “threatened” and “endangered” coral species being increased every year, this paper sheds light onto a presumptuous problem guiding reef research. Researchers from the ARC Centre of Excellence for Coral Reef Studies want to take a proactive approach towards maintaining reef ecosystems, and steer away from the perceived threat of extinction, currently defined by a small geographic range and small numbers of a given species. But without truly knowing how many exist, and on what reef, the “extinction threat” approach has been antiquated by this paper.
“Extinction is the final endpoint, but coral reefs are in deep trouble long before we get to that point. We need to take action much earlier, the goal should be to maintain reefs that can support corals, fish and humans.” says Professor David Bellwood from the ARC Centre of Excellence for Coral Reef Studies (Coral CoE) at James Cook University. “Our findings call into question the growing practice of assessing extinction risk of coral reef species without knowing how many of them are out there,” says Professor Hughes. This is the first study to systematically count corals and reef fishes at a geographic scale.” says professor Terry Hughes of Coral CoE. With the ever-present fear of coral species being labeled as endangered or threatened, professor Bellwood concludes: “This paper calls for caution when identifying species at risk of extinction on coral reefs. It highlights the potential weaknesses in current approaches and offers an alternative approach where species are valued for the services they provide for both reefs and humans.”