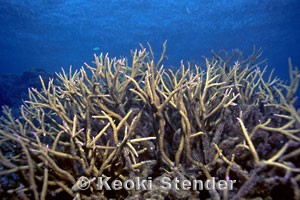 Here’s some great news to start off our new year with. During a research program initially intended to improve knowledge of coral reef habitats near the shores of southeast Florida, Brian Walker, a scientist from Nova Southeastern University’s Oceanographic Center, happened upon a dense forest of Staghorn coral spreading roughly 38 acres across the ocean floor.

Staghorn coral (Acropora cervicornis) is a crucial player when it comes to reef building, and its long, fragile branches provide a residence for many species of fish and invertebrates. A. cervicornis has been listed as an endangered species under the ESA since 2006 after a review of a NMFS proposal a year prior. The species has fallen victim to a wide variety of detrimental factors over the years – bleaching, coral-band disease, oil spills and anchoring amongst the culprits, so this discovery gives us a glimmer of hope for this beautiful coral. “This is a huge win for Florida’s corals”, said Joanna Walczak of the Florida Department of Environmental Protection’s Florida coastal office.

The coral was discovered off Golden Beach through Lauderdale-by-the-Sea, it’s northern limit believed to be Boca Raton. You can read more about the discovery here, as well as check out some footage of the corals here. This is a welcome little discovery during a time of where it feels like we only hear of decline, devastation and a seemingly endless battle of conservation. Here’s to hoping this year brings more positive stories our way. 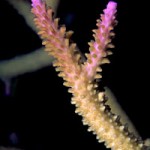 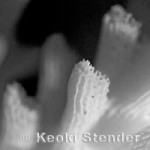