This is how giants do 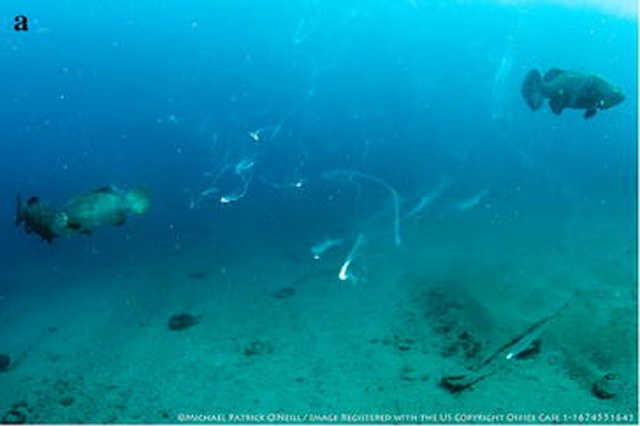 As noted in the short paper published in Coral Reefs:

The scientists posit that the light color phase of Goliath Groupers (Epinephelus itajara) may be an indicator that the fish is ready to spawn.  Many fish change colors to signal they’re ready to reproduce and now scientists and conservation groups may know what to look for when evaluating these critically endangered groupers.