The artist formerly known as pufferfish has a new name 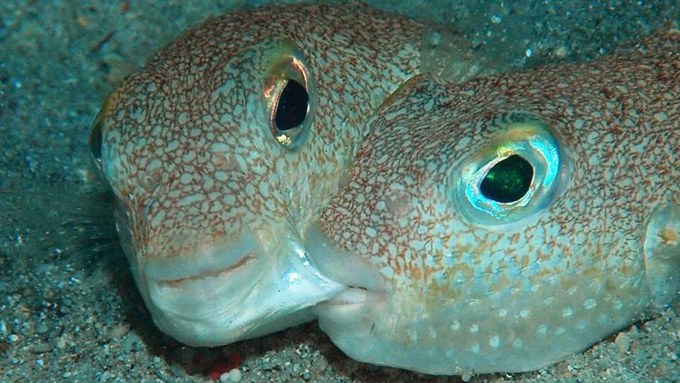 As we previously reported:

Male puffers create these sand sculptures to attract potential mates.  Scientists observed that the larger the nesting area, the greater the chance a male would attract the attention of females.  Females will swim to the middle to consummate with the artist of their liking, then lay her eggs in the center of the nest.

Even more amazing, these “crop circles” are more than just showsmanship.  Scientists discovered the intricate patterns have hydrodynamic purpose!  The ridges and grooves help to minimize ocean current at the center of the nest, thereby protecting the eggs from turbulence and the likely protecting its occupants from predators.

The Reef Table: Matt Wandell and the Hyperbaric Chamber of Secrets