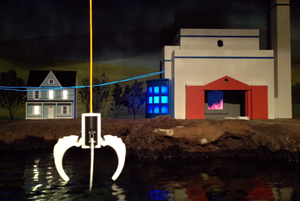 The Mystic Aquarium has partnered with Covanta Energy to create a new exhibit called Covanta Cove.

The mission of public aquariums around the world is to educate visitors and deliver a strong green message that supports conserving and protecting our oceans.

The new interactive Coventa Cove exhibit is designed to educate visitors about how discarded marine debris can be turned into clean energy. Covanta Cove is the aquarium’s latest effort to raise awareness about the problem of marine debris. Washed Ashore, an exhibit of large sculptures made from marine debris, has been on display since late last year. MORE