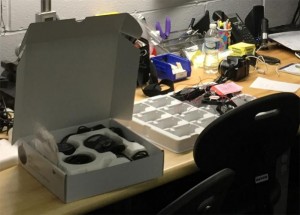 The whispering began when EcoTech lowered pricing on their flagship pump, the MP40w ES. Was this to better compete with the Maxspect Gyre? Was there something else on the horizon? No reason to speculate now as our questions have been answered. EcoTech redesigned the MP40 pump, claiming up to 40% more water movement with 90% less noise. At this time there’s only one prototype unit being played with that I’m aware of. Lucky for us the user was kind enough to upload a full unboxing and demo video (pump starts running at 9 minute mark). No word yet on cost or production release of this new pump. Follow the break for YouTube video.