Be a good aquarist. 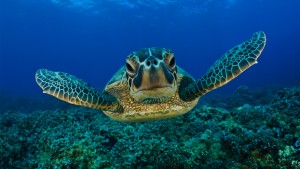 In many ways the future of the marine aquarium hobby lies within every hobbyist. Whenever an environmental challenge is faced, often artists and musicians pose the question, “What will we tell our children.” Where I live in Maryland, natural gas collection via a method called hydraulic fracturing is up for debate, as our mountain region lies over rich gas shale. As it appears that fracturing is more imminent by the day, Facebook is littered with posts asking what our children will say, if their mountaintop home is destroyed by greedy gas companies. It’s a logical question, and as I watch my nearly three year old daughter stare into my aquariums, fascinated by the diversity of life, I wonder what I will tell her if by the time she’s my age, coral reefs and oceanic ecosystems are in total collapse. While coral reef aquarists aren’t the primary force driving oceanic decline, we are intricately connected to it, whether we opt to face that reality or not. While reef aquarists may not be able to reverse trends of oceanic destruction, we can change our hobby for the better. Without individual hobbyists and consumers, the reef aquarium industry is doomed to fail. Without a demand for live fish and corals, there would be no need for collection. So what can we do, what sea change of thought is necessary to elicit change from our industry and across the wide ravine of marine aquarists?

I’ve posted several articles based on scientific papers, which explored the scientific evidence that suggests marine fish are in fact highly feeling based animals. Not only does research suggest they feel (pain included), but also that they are sentient conscious animals. It has long been thought that since fish lack a brain similar to more developed animals, that they didn’t feel a wide range of emotions. If anyone knows better, it’s aquarists who’ve kept marine fish. Now science backs that up, and a new generation of researchers is delving into the largely unexplored world of fish behavior, hoping to revolutionize the world of aquariums, aquaculture and commercial fishing. Step by step, scientists are proving that fish are capable of a wide range of emotions and they are making the case that many of the protections offered to dogs, cats and farm animals; need to be extended to fish as well. 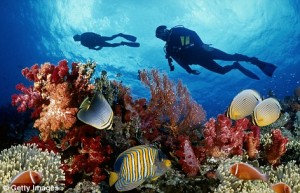 Though, why wait until its law. I would suggest any marine aquarist research fish consciousness. I’ve done the research for you, and my findings are right here on reefs, with links to the original scientific papers. When you are seeking a new species of fish for your aquarium, do your research. If you know it’s incompatible with your current stock list, like Elsa in Frozen, let it go. When you do purchase marine fish, prepare to keep them into adulthood. Many of the juvenile tangs and angelfish offered for sale grow very large, and have specific requirements as adults. It’s far too common to watch aquarists place fish in aquariums they will outgrow, operating under the false assumption that a fellow hobbyist or public aquarium will take them. These fish are destined to get big, suffer from stress in such a confined space, wither away and die. Any species of marine fish is a commitment, as they are long lived, with some species reaching the age of 15 and beyond in captivity.

Offering fish the care they deserve means actively preventing disease, focusing on nutrition and understanding the environment from which they came and what is needed to make them comfortable. Just like you wouldn’t leave a small dog out in -15 degree weather, or in a hot car, fish shouldn’t be placed in environments that are entirely unsuitable for them. If dogs and cats died in private homes at the massive rate marine fish do, there would be a legislative movement to end it. Already, police forces exist to monitor cruelty to common household animals. If you follow scientific and legislative trends, it’s probable that those rights may one day be extended to fish.

You can’t properly accommodate a new fish if you simply walk into a fish store, see something colorful and buy it, without knowing the details of the species. Treat your approach to fish keeping as if you were keeping a sentient, intelligent animals, capable of a wide range of emotion. Science supports that you are, but still people ignore it. 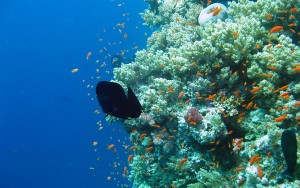 Every time a coral dies in captivity, it creates a butterfly effect that leads back to the ocean. Even if the coral was captive propagated, it originated with a colony collected from a wild ecosystem. I watch aquarists replace coral as if it was nothing more than décor. A colony dies, it gets replaced, yet the methodology of keeping the aquarium doesn’t change. Coral isn’t décor, it isn’t some mass produced vegetable either. These are highly important ecological treasures which are facing mass extinction. According to the Ocean Conservancy, over 50% of worldwide coral reefs have died, with nearly 80% in distress. In the Caribbean Sea, over 80% of coral reefs are gone, with complete collapse of those ecosystems predicted. If we are going to keep, harvest and sell coral animals, we need to make sure they aren’t dying in massive numbers, simply being disregarded as something pretty and temporary. 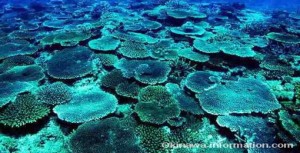 Regardless of species, keeping corals in captivity is hard work. If you don’t have the time, money or simply lack the will, that’s fine – make your aquarium goals fall in line with your lifestyle. Far too many marine aquarists can’t invest the time or capital into a reef aquarium, allowing it to flourish with success. These same aquarists are constantly met with dead animals, when all that is needed is to change their aquarium type. A fish only tank may suit them just fine. A freshwater aquarium may as well. If you don’t have the time and don’t want to deal with the homework, simply find another area of aquariums to pursue.

Know who you’re doing business with:

One of the biggest downfalls and greatest assets to reef aquariums is the internet. It’s opened a flood gate of coral vendors, changing every aspect of the coral trade. Flashy names, fly by night vendors, forum flash sales, ebay – all of it is totally unregulated and out of control. Environmentally conscious coral vendors exist and often instead of peddling their wares on Facebook, they are running websites that are filled to the brim with information. I watch as aquarists chase down “rare” animals on internet forums, taking advice from vendors with nothing more than an avatar and Facebook page. Even in cases where coral vendor’s reviews are ripe with complaints and negative comments, people still chase species with exciting names and insane price tags. If there is anything that will cause our industry to crumble, it’s these practices.

Seek out reputable vendors. If you’re struggling to find them, here are some recommendations. Pacific East Aquaculture, Unique Corals, Live Aquaria Divers Den. I’ve done business with all of them, and their livestock quality and eye toward sustainability is impressive, plus they offer a tremendous wealth of knowledge on reef keeping. Sadly, if I were to list vendors to steer clear of, it would be far longer than a list of those to embrace, so it’s easy to fall into a trap.

Be a good steward of the ocean and the aquarium: 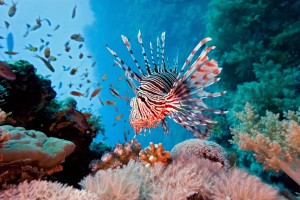 Knowledge is power, compassion is happiness and real help is priceless. When you encounter reef keepers who could use advice, or need pointed in the right direction and searching for healthy livestock, help them out. When I was active on forums and started Reef Right, I took a mass amount of criticism for having a fee based reef consulting service. What those slinging mud didn’t know, is that all of the advice I give comes without a cost. I offer it freely to dozens of reef keepers who email me each month. On top of that, about 80% of the corals I sell are actually given to reef keepers, for free, in the effort to keep exciting livestock in the hobby and help others get grounded in keeping corals healthy.

Fragging is a great asset to our hobby, and being generous with frags not only makes someone’s day, it inspires them to be good reef keepers. Often giving someone a coral opens the door to becoming their advisor in the hobby, all principles that pave the way to a better future.

Don’t get caught climbing the ladder:

Many marine aquarists get multiple tank syndrome and spend their aquatic career chasing down the “next big thing.” More tanks are needed, they have to be bigger, and the next rung on the ladder is only a footstep away. Every time live rock, sand, invertebrates, etc are harvested from the reef it has an impact. Strive to set-up a tank you are comfortable with, that doesn’t tax your abilities and be conservative in your approach. Massive reef aquariums are awe-inspiring, but when I watch shows like Tanked and see private aquariums bigger than public displays, I have to ask if it’s really necessary. The size of the home aquarium has both shrunk and grown. Nano-reefs have gained traction, yet many aquarist new to the hobby are chasing down huge tanks, before getting a foundation in aquatic principles. Like Ian Malcom suggested in Jurassic Park, aquarists focus on the fact that can do something, rather than if they should. Thousands of gallons of saltwater require tremendous resources to stock and maintain. Is it really necessary to have an enjoyable experience with marine aquariums?

Ocean literacy is a relatively new concept and term, which is now being introduced as curriculum in schools. It refers to understanding the ecological, geological and climate related processes of the ocean and how they connect with human beings. Ocean literacy helps ordinary people understand the ocean’s role in their health and offers suggestions on how to work with natural systems, not against them.

A quick Google search of ocean literacy will supply a host of resources.

At the end of the day, the only reward may be that you tell your children you approached keeping an aquarium understanding how intimately connected all life on Earth is to the ocean. You managed it with respect and admiration of both natural systems and the animals within. In reality, do we really need anything more?