The Reef Table: Trouble in Paradise? Making Heads or Tails of Hawaiian Legislation

Trouble in Paradise? Making Heads or Tails of Hawaiian Legislation. I sit down with Ret Talbot, Dana Riddle and Jeff Saurwein to break down the 8 Aquarium-Fishery related bills in Hawaii, what we can expect to happen with them and what their possible impacts could be.

There’s been a good deal of rumbling going on in the Aquarium community the past few weeks erupting out of beautiful Hawaii, with a slew of ban bills threatening Hawaiian fisheries.  As with anything, especially such an emotionally fueled event, there’s a great deal of conflicting information.

In an effort clear things up as to what’s going on, I sat down with Ret Talbot, who’s been following and reporting on this story meticulously, Jeff Saurwein, president of the San Diego Marine Aquarium Society  and veteran aquarist Dana Riddle, who’s right at the heart of it all in Hawaii, to break down the 8 Aquarium-Fishery related bills in Hawaii, what we can expect to happen with them and what their possible impacts could be. We also take some time to distinguish the difference between these bills and the Endangered Species Act process, and why it’s crucial for you to understand the difference.

With two city council bills being debated today by the Hawaii County Council’s Committee on Agriculture, Water and Energy Sustainability, be sure to check back for updates as this story continues to unfold. 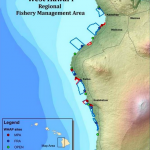 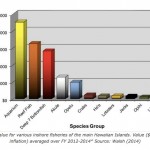 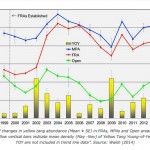