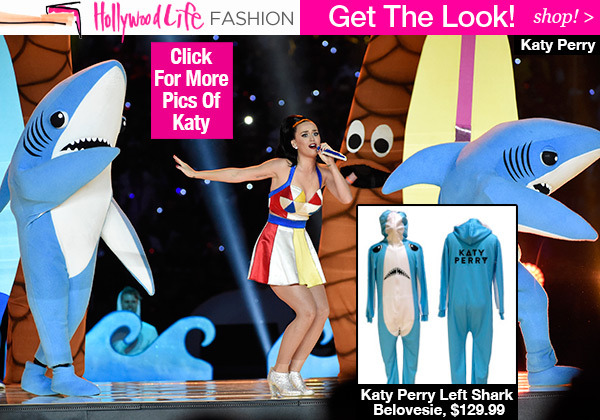 Here’s to 2015’s most famous shark, the “left shark’. It is certainly seeing to its 15 minutes of fame appropriately. The Left Shark was all the news at this year’s super bowl, and Katy Perry and her lawyers shut down any impostors earlier this year. They have now filled the need for an official, authorized Left Shark costume. If you saw the super bowl you know you want one. It’s now available for a mere $129.99. If that’s just a little too much shark for you, you can also get a Katy Perry left shark t-shirt for $19.99. MORE