From the despair of hurricane Katrina, a damaged library will be transformed into an impressive new public aquarium. The Aquarium will be built in downtown Gulfport, Mississippi. The total cost of the renovation is estimated at $90 to $120 million. The State will be providing 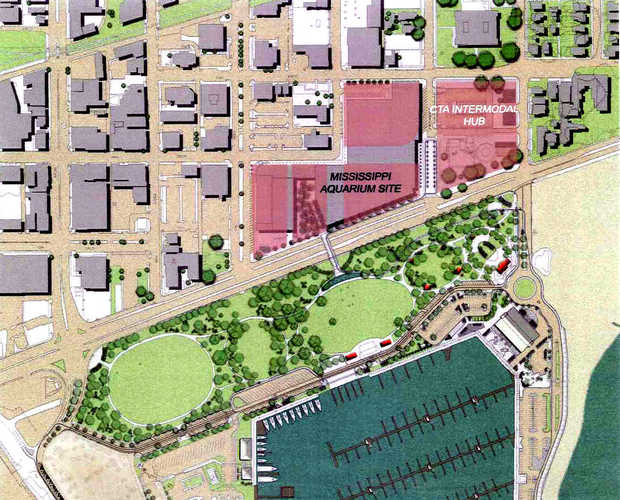 $24.5 million dollars, but there will be an estimated $80 million dollars still needed to finish the plans. The State is banking on the help of the Restore Act, as a result of the BP oil spill. The tentative name in the works is the Mississippi Aquarium. Here’s hoping everything comes together to bring an exciting new aquarium to a previously devastated area. MORE

Close-up of coral fluorescence in a reef lab