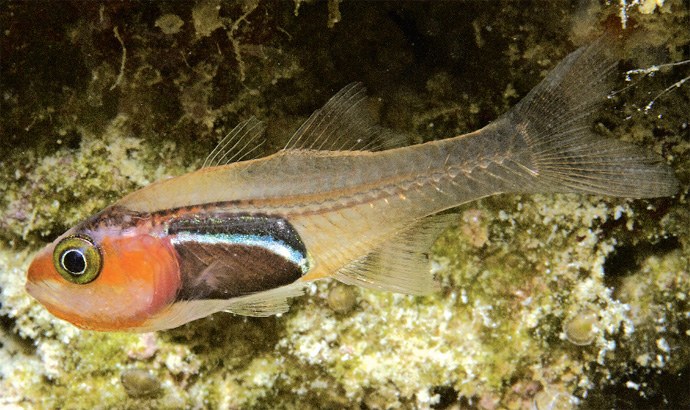 Cercamia melanogaster is described from West Papua, Indonesia from a “dark crevice on a near-vertical wall at a depth of about 15m.”  Like most cardinalfish, C.melanogaster appears to be nocturnal, emerging from the crevices at dusk.  This is a tiny species whose total length is barely above one inch (3cm).  Melanogaster means “black stomach” – a perfect nomenclature for this new cardinalfish.

If not for its nocturnal behavior, C.melanogaster would make for a very nice nano fish.  It is also likely very easy to breed in captivity like most Apogonids.