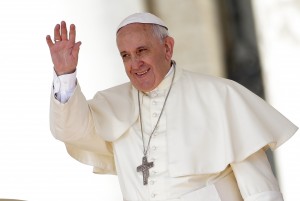 Pope Francis released an environmental encyclical entitled, “Laudato Si.” The title is in central Italian and means, “praise be to you.” This is in fact Pope Francis’ second encyclical, yet the content is getting a lot of attention across the internet, mainstream media and the world. Since Pope Francis’ first encyclical, “Lumen fidei” (Light of Faith) was largely the work of his predecessor Pope Benedict, Laudato Si is being hailed as Francis’ first true encyclical. In it, the pope calls for a re-interpretation of Christian ideals, mainly the belief that having dominion over planet Earth as expressed in Genesis, doesn’t mean having the right to destroy the planet and put third world nations at risk along with much of the planet’s life.  While I didn’t read Francis’ entire document, I read a condensed version and was shocked to find such a bold, well researched and scientific document produced by a spiritual leader. Without a doubt, the Pope’s view of humanity’s consumption of its own environment pertains to the current state of coral reefs, and in a roundabout way, reef aquarists. 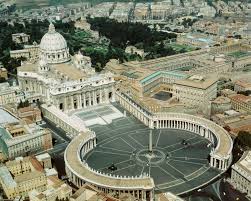 In Laudato Si, Francis brings to life much of the argument made by scientists pressing for stricter environmental regulations. The Earth is getting warmer and climate change is causing a massive fall-out, with the poor paying the ultimate price for human irresponsibility and greed. Many people don’t realize, but the lifestyles of those of us in consumerism-based nations has a massive impact on third-world countries. For example, it’s not uncommon for U.S. based industries to dump their waste in countries abroad where manufacturing is taking place, or out-source domestic waste. Many people have seen pictures of the giant tech waste landfills, or massive pile-ups of trash in under-developed nations. That level of trash wasn’t produced by those nations alone, but they accepted financial incentive from multi-national corporations to dump their trash onto someone else’s doorstep. Often this waste includes harmful elements that could never be dumped domestically, without expensive and elaborate safety precautions.

Since many island nations, bordered by once glorious coral reefs, are under-developed and in a state of extreme poverty, it is without a doubt that this action affects oceanic environments. To make matters worse, industrial and private combustion releases mercury, carbon, and other waste into the atmosphere, enhancing the severe weather often experienced in third-world nations and giving rise to a build-up of mercury within oceanic/freshwater ecosystems. Extreme weather combined with a lack of weather monitoring or forecasting and prediction finds many poor people stuck in a situation with nowhere to turn. Since emergency medical care in these areas in non-existent, the waste heavy lifestyle of industrialized nations is costing human lives. As we are starting to see today, the consequences of over-indulgence in fossil fuels, petroleum products, and other modern day connivances is coming full circle, as the U.S. is experiencing extreme weather along with oceans of plastic.

How it relates to reefs: 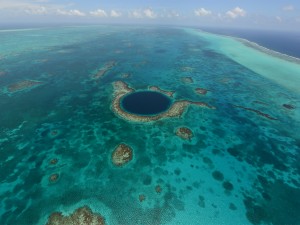 Coral reefs remain one of planet Earth’s oldest ecosystems. Throughout the world’s oceans, corals have built massive underwater structures, which rival the grand scale of human construction. Corals, and a bevy of other ocean life, have survived numerous mass extinctions, with some species remaining largely unchanged for millions of years. The action of ocean acidification, warming, and climate change are threatening life that has proven resilient. Invertebrates like nautilus, throwbacks to life’s origins in the sea, are now finding themselves in oceans so acidic their shells are dissolving. Warmer water compiled with excessive carbon and organic waste are threatening reefs at an unprecedented rate. After millions of years on Earth, ancient ecosystems which maintain the harmony of the planet are falling apart. Without them, experts simply don’t know what humanity will be left with, nor whether or not our species can survive.

Why the encyclical is of tremendous value: 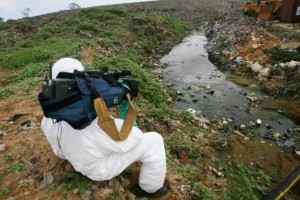 As a leader, Pope Francis has accomplished something others have failed to do. In the encyclical, he combined science, faith, politics and the plight of the poor who are forced to bear the burden of others’ irresponsibility. To transmit his message to Catholicism’ core, he reminds us that the Earth is both a creation of God and the responsibility of human beings, while sharing the same sentiment for the outcasts of western civilization and those who live in under-developed countries. Blending science with faith may come naturally to Pope Francis, as he worked as a Chemical Technician before entering seminary school, and it’s widely reported (yet not fully verified) that he has a master’s degree in chemistry. 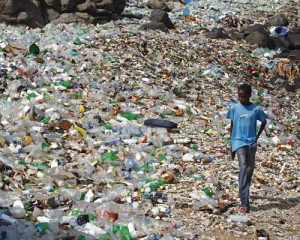 Laudato Si serves to remind us that every ecosystem on Earth is connected, and each ecosystem’s health is responsible, in some way, for the health of humanity. The encyclical talks largely about the privatization of clean water and how putting a market value on something essential to human life has left many in the world without a means to maintain general health, forcing them to resort to the contaminated water sources that are undesirable to large corporations. The pope also details how global economies could and should be working as tools to improve impoverished nations and restore our declining environment, yet are only increasing the wealth of a few and exploiting shared resources.

Does the encyclical benefit reef aquarists? 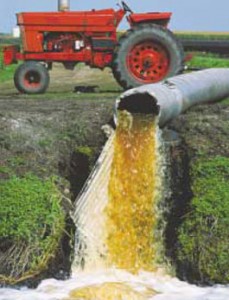 Most of us are familiar with the NMFS and the recent addition of 20 coral species to the Endangered Species Act (ESA). What we aren’t familiar with is the reality that conservation organizations and governments are using the ESA to protect species whose primary stressor is climate change. Since there is no effective regulation or laws regarding climate change, the ESA gives institutions an avenue to explore when protecting the habitat of individual species with dwindling numbers. It’s far reaching and highly enforceable legislation, backed by multiple federal organizations. It was noted in the NOAA report that led up to the threatened status of 20 corals that climate change was a primary culprit in species decline. Since there is no “playbook” for regulating and dealing with climate change, largely because entire nations and multi-national companies are contributors, legislation focuses on less severe stressors, such as aquarium collection.

If a sea change occurs in the mind of Catholics worldwide, who dominate all branches of Christianity in numbers – 1.1 billion of a 2.1 billion Christian population, perhaps leaders and individuals around the world would begin to regard climate change with the seriousness it deserves. This could end the debate about the potential reality of climate change, allowing science to dictate public policy and perhaps re-direct global markets to invest in applications that address failing ecosystems. If governments worldwide had concrete policies and action plans to deal with climate change, it would be far more unlikely that blanket legislation against something like aquarium collection would be enforced. Unless policies are put into place and adopted that aid species declining due to climate change, it’s very likely that more and more coral species will be given an ESA designation and perhaps banned from captivity in the U.S. 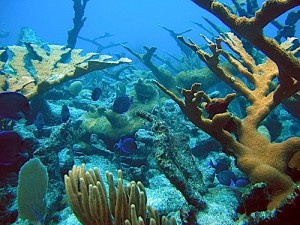 While many see the encyclical as a welcome doctrine that combines science, compassion, and politics, many mainstream American Christians have criticized it. Presidential candidate Rick Santorum commented that, “The pope should stay out of science, and stick to what Christianity does best, morality.” Conservative Christian commentator Ann Coulter said that in her view, the encyclical was nothing but “bullshit.” Both seem to be part of the infectious fact resistant human being strand, recently documented in The New Yorker.

Coastal Activities Making it Harder for Fish to Breathe

Long Island Collecting Log: The next wave has arrived