Study finds plastic bags can be deadly to fish 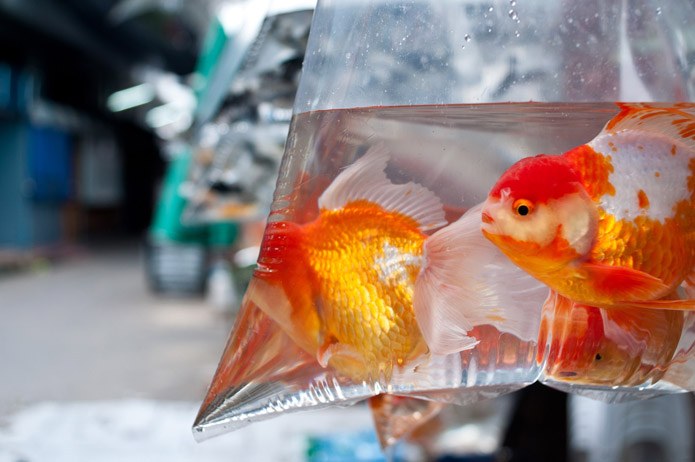 What they found was startling and should concern the aquarium industry.

Dottybacks exposed to one of the polyehylene suffered decreased short and long term survival because the bags were leaching high levels of nonylphenol.  The water in the bags accumulated 163ppb nonylphenol within 48 hours, which is 23x higher than the EPA deems safe for marine life (short term exposure).   60% of the test subjects died after 48 hours, and all died within eight days even after being removed from the bags.  The researchers measured high body concentrations of nonylphenol in these fish (upwards of 400ppb), indicating this chemical is likely the toxic agent.  Furthermore, the resultant toxicity of the bags from each manufacturer varied dramatically.

No problems were reported from fish exposed to glass (we should hope not!) or teflon.

Nonylphenol is used in plastic manufacturing as a “slip agent” to allow bags to be opened easier.  Other “slip agents” (oleamide, indole, and eruclamide) had also leeched into the water but it was very high levels of nonylphenol that was measured in the dead dottybacks.

What this study suggests is that not all plastic bags are created equal for transporting fish – even bags of the same type or those marketed as FDA food-grade.   Fish collectors and vendors may want to have their bags tested for chemical leaching.  Higher mortality rates may not be due to collection or husbandry practices but from the bags themselves.

Reef Kids: Jellyfish in a Bottle

Rare Split Colored Lobster Caught Off the Coast Of Maine