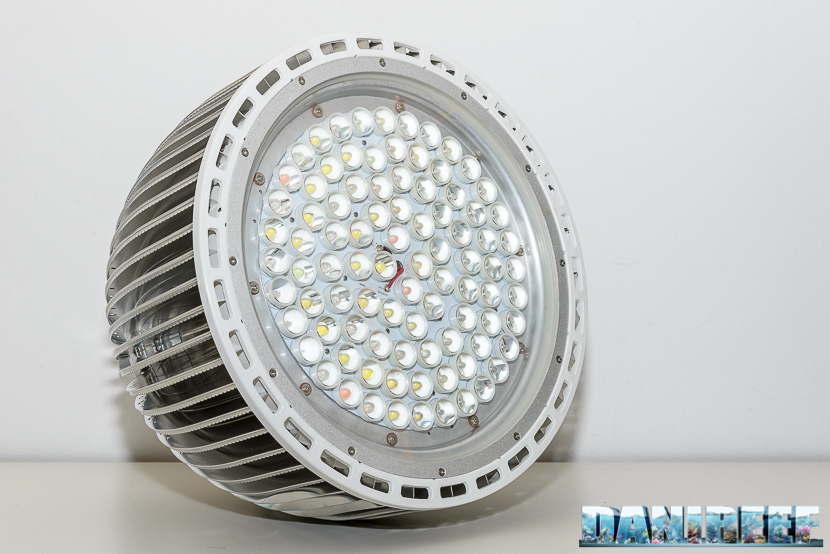 I recently received a pendant for testing, and I’m happy to have the chance to photograph it and share with you the beauty of this fixture. I plan to first test it with my test equipment and then try it with live coral.

It power is similar to the Giesemann Galaxy 500 LED, which I had  the chance to see at  Interzoo in Nuremberg. 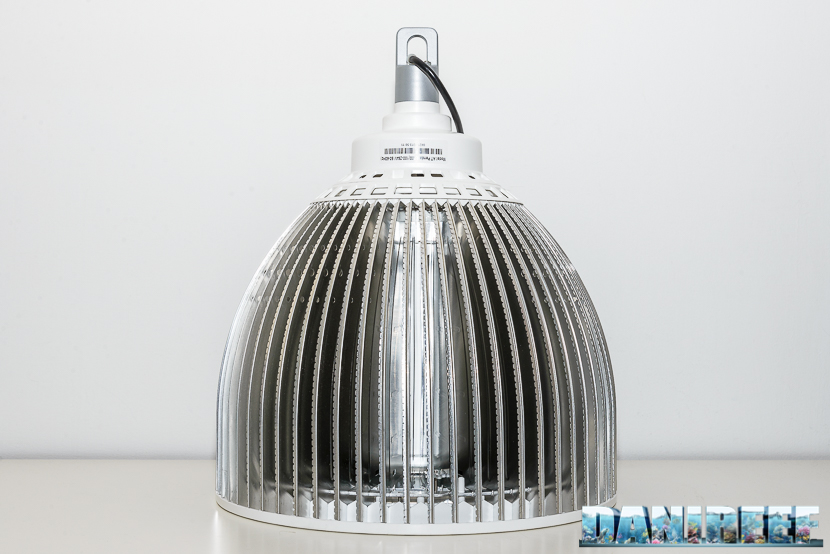 The ATP 300 doesn’t come with a controller, but can be controlled by apex, GHL, or any other controller capable of PWM (Pulse Width Modulation) control. It is also compatible with any 0-10V dimmer and I plan to experiment with this.

The pendant, as you can see from the photographs, is passively cooled; there are no fans or moving parts, and the whole outer shell acts as a huge aluminum heat radiator.

The surface protection of the LEDs is a very good quality acrylic, and is easily replaceable. 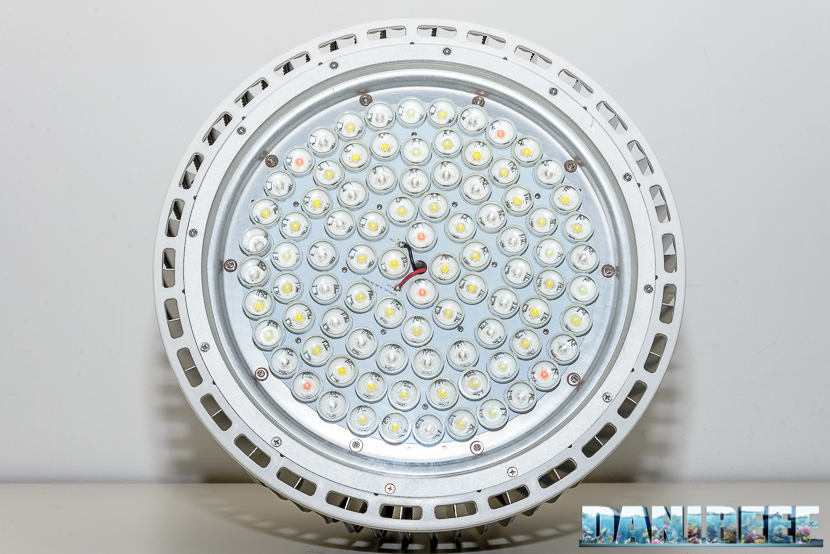 The LEDs are 90 Dual Chip 5 watt, but are operating at just under 3 watts to reduce heat and prolong the life of the bulbs, a really clever idea of Orphek. The net power consumption is 240-250 watts.

An interesting feature of this product is that the number and arrangement of the LEDs can be adjusted to suit your needs, it has a standard version, but it can be customized when ordering.

I look forward to testing this beautiful monster and seeing how it will behave in a real aquarium.