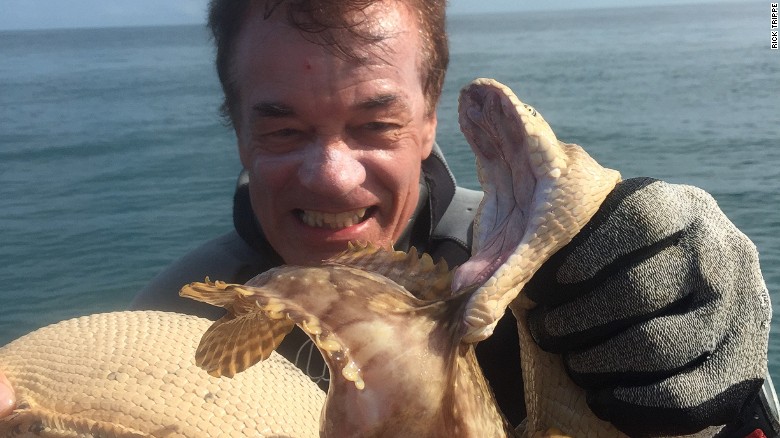 These are two venomous creatures you generally want to avoid when you see in the ocean: the sea snake and the stone fish.  Sea snakes and stone fish contain venom, and although not likely to bite unless threatened, you generally want to steer clear of these guys. Rick Trippe, a champion spear fisherman in Australia, caught the epic battle between these two venomous creatures on camera. Trippe was on his boat in Darwin coming back from a fishing trip, when he noticed something floating in the water. Upon closer view, he could see the sea snake and the poison fish had bitten each other and were not letting go. Trippe knew that if he left the creatures in the water as they were interlocked in an epic death grip, both animals would die. Although it was too late for the stone fish, Trippe mastered some serious bravery and removed the fish from the sea snake. Immediately after removing the snake, it went back  to devour the new dead stone fish for dinner. Its important to note that Trippe had experience handling venomous snakes both above water and below.So obviously, and this should go without saying, but without similar experience, don’t try this act of bravery yourself. MORE