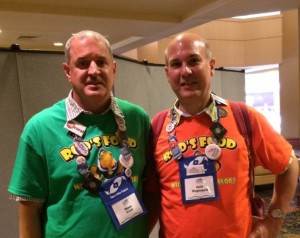 It’s Day 3 and the end of the show. Our guests this time are a couple of up and coming reef aquarists talking about old people. We hope you enjoy the update and be sure to listen next Sunday when we do our MACNA wrap-up show. Much more to share than we’ve been able to include in our daily MiniCasts. Download the podcast here, or subscribe to our podcasts at iTunes. Also, follow us on Twitter at reefthreads.—Gary and Christine