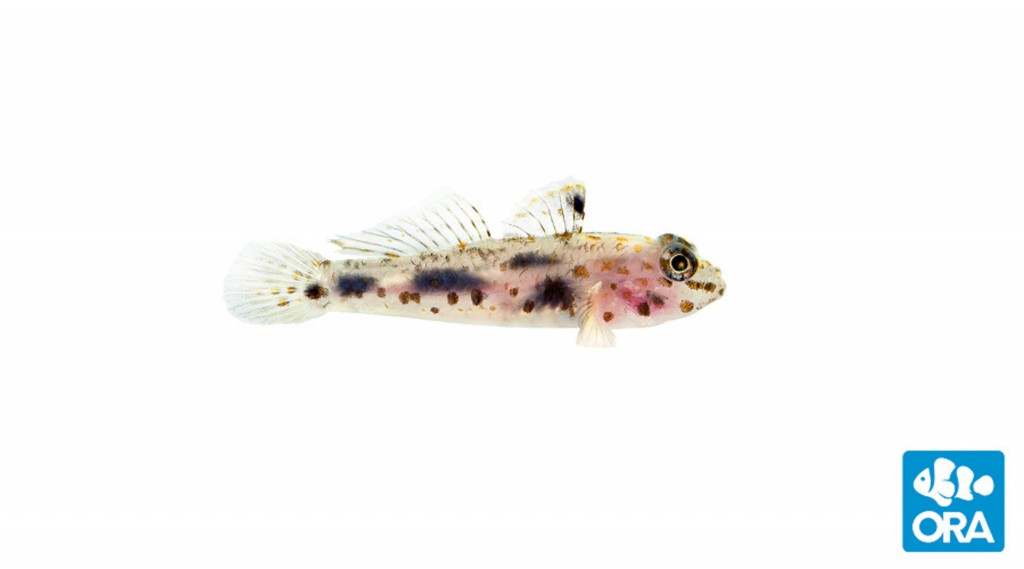 2015 has been quite the year for captive-bred fishes! We have seen such a variety of new things, as well as a great stride of species firsts! ORA has done it again with a brand new goby species! The Transparent Cave Goby (Fusigobius pallidus) is also known as the Pale Sand Goby, and is native to the reefs of the Maldives and Fiji.

This translucent goby has flairs of orange spots scattered about with a bit of blue tinge on its fins. And it wouldn’t be a translucent fish without its organs showing through! The Transparent Cave Goby spends most of its time among rock and rubble hunting for crustaceans. Thankfully, ORA has eliminated that part for you! They state that these gobies readily consume pellets as well as frozen foods. Like most gobies, pallidus is a fairly peaceful tankmate, but may become hostile to conspecifics. This may inhibit how many you add to your tank.

ORA recommends keeping one specimen per square foot. These neat gobies max out around 3″, and they are not shy! They can be seen hanging onto your rocks and coral and they are very active during feeding time. This is not a goby that will hide 90% of the time. The perfect companion for any tank. If you’re lucky, pallidus may begin to spawn in your tank. Like most species of goby, they spawn benthically. They will spawn under a rock or cave;  laying their eggs on the ceiling of an object.

This marks the third new fish out from ORA this year and their 12th goby species. This is great news! I applaud ORA for their outstanding work and hope they continue to produce more species firsts. Check out this link to see more captive bred gobies from ORA. Want to know more about how you can breed gobies? Look out this week for my goby edition of “Tips for Beginner Breeders”.