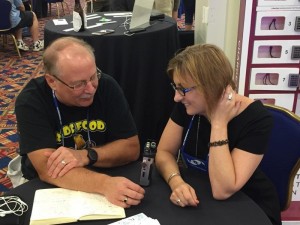 Gary and Christine recording “in the wild” at MACNA 2015

We’re back from Washington DC and it’s time for our MACNA wrap-up show. Fire up your ear buds and hear what we saw and did at the annual marine-aquarium event. Also, make your plans to attend in Sand Diego next September. Download the podcast here, or subscribe to our podcasts at iTunes. Also, follow us on Twitter at reefthreads.—Gary and Christine