The architecture of the twin 44-story high rises is undeniably striking.  But should the Sunland Group make its $600 million (AUD) apartment and retail complex at the Mariner’s Cove marina a reality, neither the architecture nor amenities may be the biggest attraction for us fish geeks.

The proposed Mariner’s Cover complex will feature a 2.5 million liter (660,000 gallon) public aquarium in its basement!  The total volume will be primarily divided between three huge 200,000+ gallon exhibits, each showcasing sealife from different oceans.

Like many folks, I sometimes hang out at coffee shops and tea bars to lounge, net surf, or study/work.  If I had a beautiful public aquarium that is only one elevator ride away, I’m pretty sure my caffeine consumption would plummet.  The world needs more public aquariums (with free WiFi)! 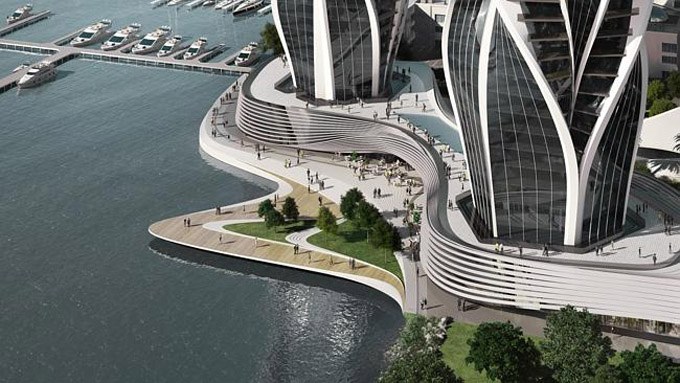