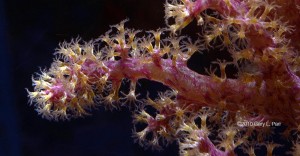 We return once again. This week we talk about salt, Gary’s new Live Aquaria t-shirt, the Reef Savvy Dream Tank giveaway, the Internet as a research tool, placing corals, and Level 1 and Level 2 fun. Download the podcast here, or subscribe to our podcasts at iTunes. Also, follow us on Twitter at reefthreads.—Gary and Christine