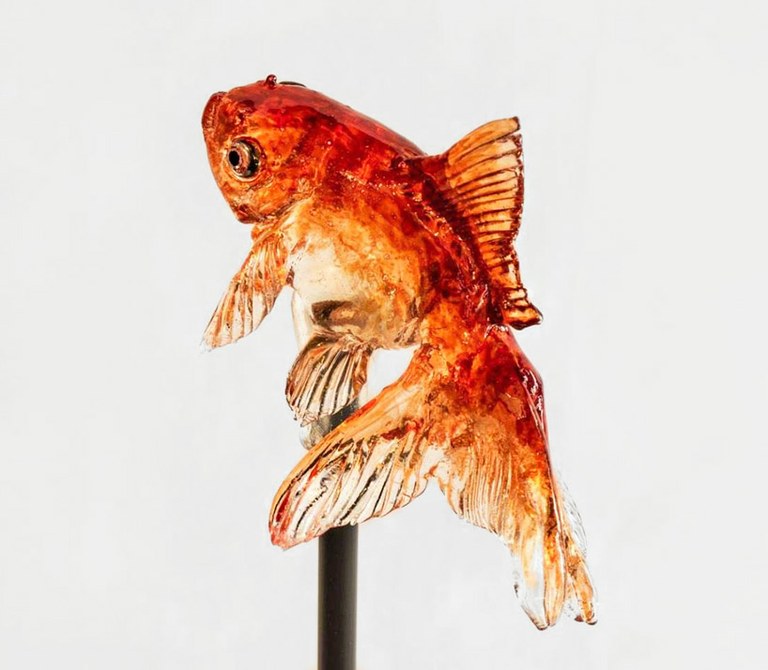 All photos by Shinri Tezuka

Confectionery art has a rich Japanese tradition.  Known as amezaiku, skilled artisans create sculptures with nothing more than dyed sugar that is heated, stretched, cut, and intricately carved.

Shinri Tezuka’s sugar art is as good as they come.  Most Westerners have been exposed to sugar art through the two dimensional and/or cartoonish representations created as party favors or wedding decorations.  Tezuka, on the other hand, fashions photo-realistic, three-dimensional sculptures reminiscent of fine blown-glass artwork.  Like bonsai, knife-making, and whiskey-making (yep; the world’s top-rated whiskeys are distilled in Japan … sorry, Ireland), Tezuka’s work exemplify the Japanese’s reverence to detail and perfection.

Tezunka operates two workshops in Asakusa (Tokyo, Japan), one for exhibit only and the other for live demonstrations and sales.  This past summer, he also exhibited his art in New York City.