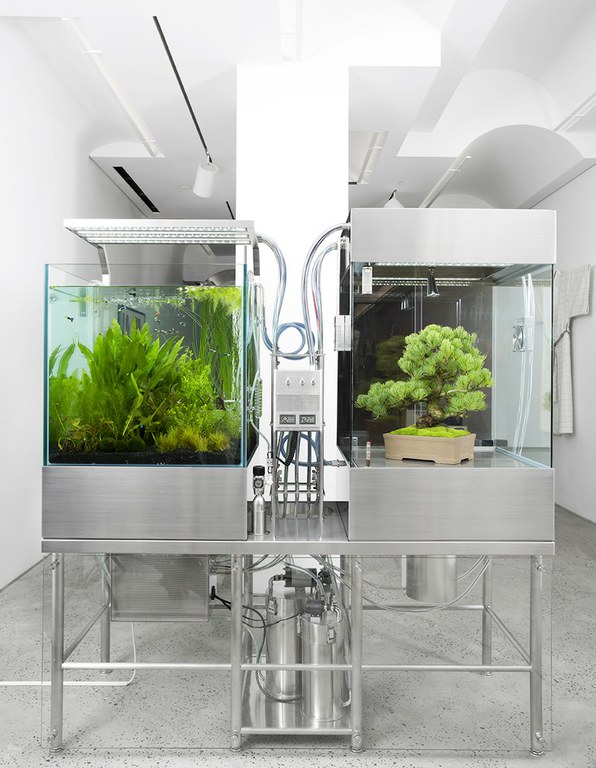 Soul of an Artist with a Mind of an Engineer

OSAMU is not merely form but function as well; the technology in this exhibit actually works.  LED lights illuminate both the dry and wet exhibits, while water from the aquarium is showered over the bonsai pine tree at timed intervals, then filtered and returned back to the aquarium in continuous cycles.  Temperature, humidity, circulation, CO2 levels, water and light schedules are controlled by a central computer.

Makoto’s interpretation of a paludarium is meant to evoke both the concept of co-dependence between land and water as well as the idea that technology is intertwined with nature.  The juxtaposition of sterile, hard metal lines with organic greenery punctuates Makoto’s philosophy about “how the nature and human beings should live together.”

OSAMU is currently on display at the Chamber Gallery in New York City.

If Makoto’s name sounds familiar, you may have seen his previous gravity-defying work when he sent a bonsai tree into space in a high altitude balloon.