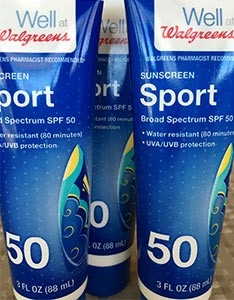 This formulation contains 6% oxybenzone. Keep it out of the reefs.

This week it’s sunscreen and reefs and making a mess in your aquarium with sand. Listen to the Evangelist provide some in-depth information about sunscreen ingredients, where they come from, and what to look for, all based on a study that indicates active ingredient oxybenzone is poisonous to corals at very low doses. We also talk about the joys of creating a dust storm in your aquarium when adding sand. Download the podcast here, or subscribe to our podcasts at iTunes. Also, follow us on Twitter at reefthreads.—Gary and Christine

A computer can judge if your reef is beautiful and healthy