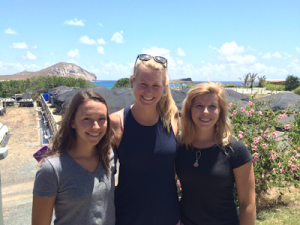 This week we talk about yellow tang breeding with Emma Forbes and Erin Periera-Davison, graduate students with Rising Tide Conservation and the Oceanic Institute at the Hawaii Pacific University. Emma and Erin share how they got involved in the project, some of their experiences while trying to get the larvae to develop and settle, and their individual research work as part of the project. Don’t miss this one. It’s a fantastic look into what it takes to realize such an achievement. Download the podcast here, or subscribe to our podcasts at iTunes. Also, follow us on Twitter at reefthreads.—Gary and Christine

How free-living corals survive on the sand