November 2015 will see the inaugural pilot launch of Australia’s very first Marine Aquarium Conference (MACA). The conference aims to bring together home hobbyists, industry leaders, scientists, curators and a whole spectrum of regional and international talents in this first ever event. MACA 2015 will make its debut in the vibrant and postcard perfect city of Cairns, Queensland Australia.

For nearly two decades, the Marine Aquarium of North America (MACNA) has been revered as the top conference and trade show of the marine aquarium industry. The event offers a privileged and unique platform where people from all walks of life converge in a single place, where hobbyists to scientific authorities are able to mingle in a comfortable, light hearted setting. The popularity has catalysed the formation of various continental equivalents, offering the same sought after experience to conference goers outside the United States.

Sitting right on the edge of Australia’s pristine coast, Cairns is the unequivocal gateway to the iconic and illustrious Great Barrier Reef. With perfect weather all year round, there really isn’t a more suitable place to kick start this incredible event. Cairns is also home to the namesake Cairns Marine, Australia’s largest supplier and collector of marine ornamentals and animals. Having visited this incredible city on numerous occasions, and having recounted my experiences with Cairns Marine in the past, this is a place you’ll definitely want to be at this weekend. 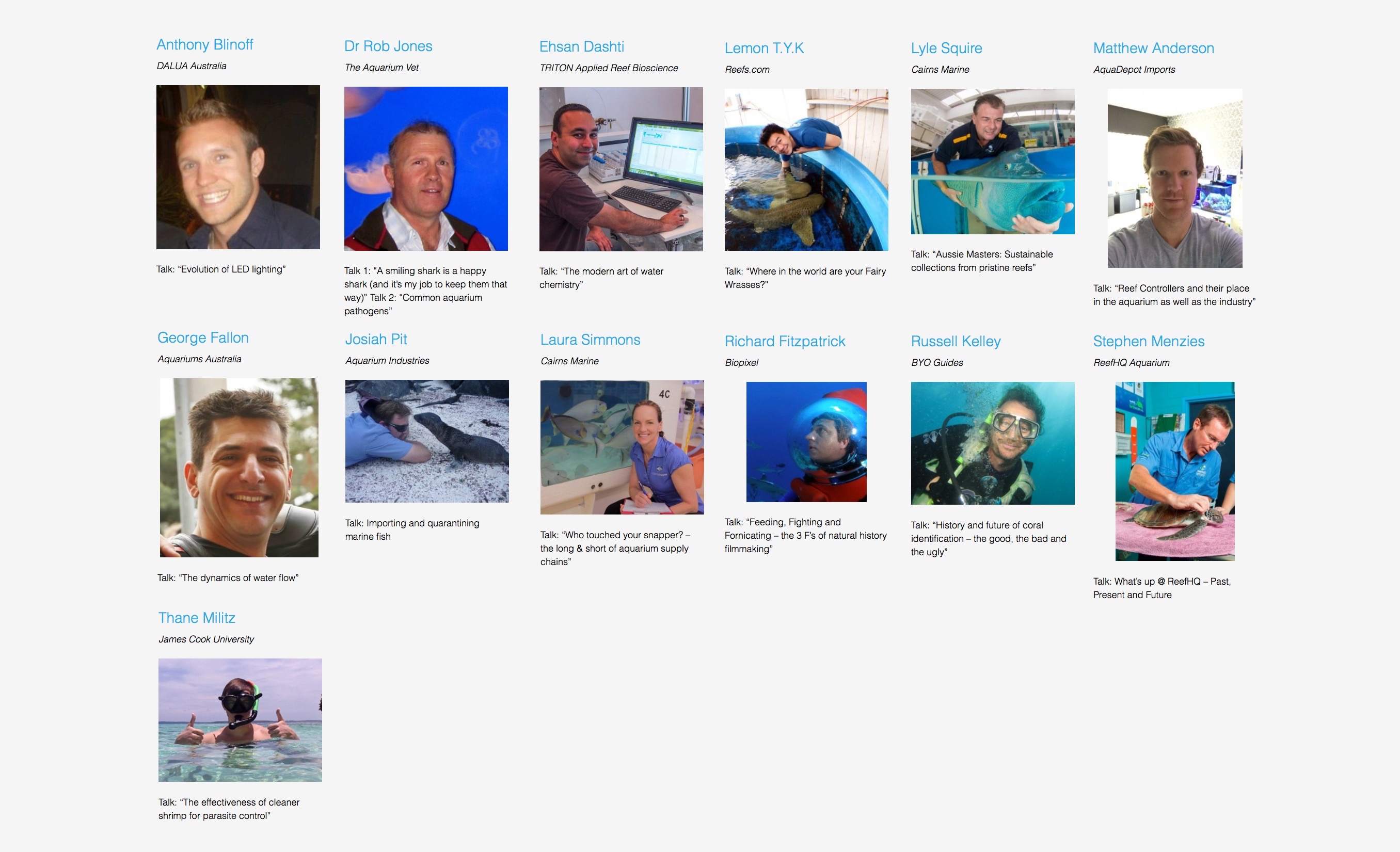 For those unable to attend, fear not. We’ll be covering the happenings of the conference to some extent, so you’ll be able to live vicariously through our musings. I will be joined by a dozen other speakers who will grace this event on the 20th of November, so if you’ve got your tickets and are slated to attend, do drop by and say hello. The conference will end off with a barbecue, in true Australian fashion, as well as a tour of Cairns Marine’s facility. MACA 2015 will be held at the Holiday Inn Cairns Harbourside from the 20th to the 22nd of November.