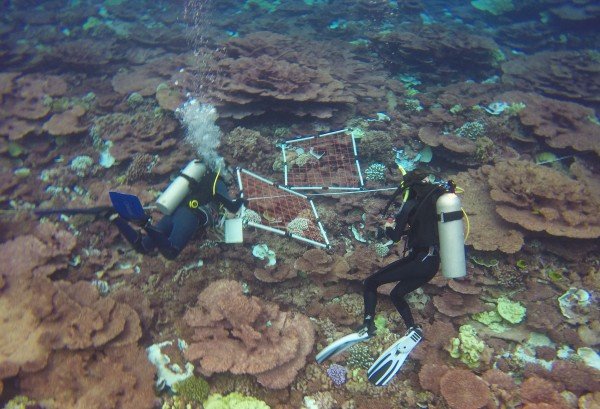 Researchers at the Georgia Tech’s School of Earth and Atmospheric Sciences have painted a grim picture for the current status of Pacific ocean reefs. El Nino events are especially high this year and the waters surrounding many reefs are heating up quicker and more extensively than scientist had hoped.
“This El Niño event is driving one of the three largest global scale bleaching events on record,” said Kim Cobb, a professor in Georgia Tech’s School of Earth and Atmospheric Science. “Ocean temperatures exceeded the threshold for healthy corals back in the summer, and are continuing to warm. Bleaching occurs when temperatures exceed a threshold that is function of the amount of warming, as well as the length of time at that temperature.”

Studying the coral loss on Christmas Island in the Indian Ocean, Cobb and her team saw losses ranging from 50 to 90 percent and returned with temperature measurements of 88 degrees fahrenheit, well above the average 81 degree previously recorded.  Pictured above you can see Georgia Tech graduate student Pamela Grothe performing surveys inside massive areas of bleached, reef building, coral on Christmas Island. “There’s an astounding amount of warming at this particular site,” said Cobb. “These reefs are under dramatic stress which is leading to severe coral loss. It will take years for these reefs to recover.”
El Nino events have increased in intensity every year and this particular year is equal in scale to the largest ever recorded warming event, reported back in 1997-1998. “Even without considering the current event, we have already documented that the recent spate of large El Niño events in the late 20th century stands out against a background of natural oscillations embedded in the coral records” adds Cobb. Read more here.