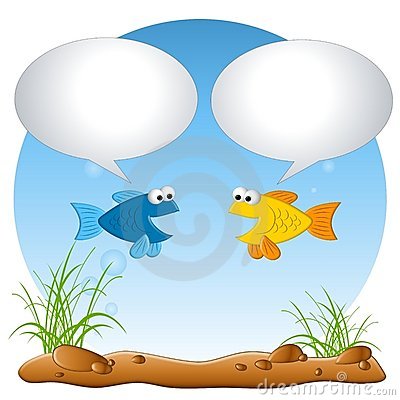 This is a very interesting article discussing the ways fish communicate and the change in how science has viewed this communication over time. Communication is an amazing thing, be it in humans or animals. And it has certainty always been known that fish communicate with one another, in a variety of different ways. For example, the beautiful, synchronized moment in schools of fish have been studied to show communications through gesture and movement. Bio-luminescence and chemical communication is also used as a way for fish to communicate. But recent studies also shows evidence that fish also communicate in a very surprising way, by using sound too. It has been shown that some fish can communicate using noises including grunts, chirps and pops. A study by the University of Auckland found that although all fish are able to hear, only some can communicate through sound. One such sound is made by the fish vibrating their swim bladder. The fish use this sound for a variety of reasons, to try and synchronize release of the eggs at the same time for reproduction, or even in reef fish, to scare off predators. Sadly, for anyone hoping to get some conversation with your pet goldfish, you are out of luck. Although Goldfish have excellent hearing, sadly for us, they have no vocalization skills. MORE