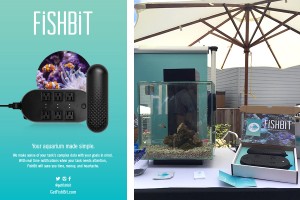 I’ve been playing with the Fishbit monitor now for a while. What I’ve found is a straightforward, easy to use device that could certainly help beginner and intermediate reef keepers monitor their tanks. From a monitoring perspective, the Fishbit doesn’t offer anything new. When first discussed on forums and hobby media, there was mention that the Fishbit would monitor nitrate, calcium, alkalinity or other vital parameters. For now, it simply measures ph, temperature and salinity. Anyone who has been in the hobby for a while knows that electronically monitoring these crucial elements is nothing new. Where Fishbit blazes a trail is in ease of use, introducing a monitor that connects to a wi-fi network. It’s easy to set up and works well with the iOS application that compliments it. However, after spending some time with the monitor, I have a few concerns based on the beta version I received.

To start with, the probes are non-replaceable and installed in the upper-end of the monitor, sealed up by a thick layer of silicone. The silicone itself concerns me, as silicone is prone to failure after extended exposure to saltwater. Additionally, the software stops live reporting aquarium conditions to the aquarist’s mobile device. In order to get up-to-the-minute data, the Fishbit needs to be unplugged and fully restarted. This could be a real problem if an aquarist is traveling, at work, or away from their tank. According to Nathan of Current Labs, this issue is being addressed right now, as the development team tries to find out what’s going on. While wireless hardware and software is easy to set up and is certainly handy, it is somewhat prone to connection issues and other bugs. Of all the wireless-enabled devices I have in my home, which includes security cameras, weather monitoring stations, light bulb controllers, and speakers, all of them have had repeated connection issues. While it’s annoying when a smart bulb won’t adjust color temperature, it could be a major concern if the Fishbit is reporting incorrect aquarium water parameters due to an inability to update.

One area of Fishbit’s set up could be problematic for less than tech-savvy aquarists. When first plugged in, the Fishbit enters wireless connection mode, and creates its own wi-fi network to give a mobile device direct access to it. If during the device’s initial connection to wi-fi it doesn’t connect, there is no reset to try again from scratch. You have to wait five minutes for the device to re-enter wireless connection mode. While this may not seem like a big problem, if an aquarist were to fail to read the instructions, they may assume the device was not going to enter wi-fi connection mode again, and abandon set-up. Someone impatient like me would prefer a simple reset switch that brings the device back to factory settings, and allows a fresh connection attempt.

To try to ease some of these concerns, I reached out to Fishbit’s creator Nathan Levine, and asked what Current Labs is doing to address them.

Replaceable probes on the consumer version of Fishbit? 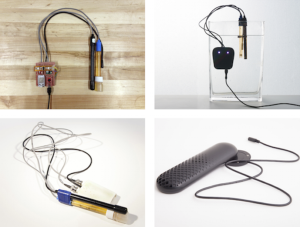 According to Nathan, the consumer version of Fishbit will differ from the beta version that early Kickstarter backers and hobby media has received. The probes on the production version will be replaceable, and Fishbit’s sensitive electronics will be placed on the dry side of the aquarium. For now, I am not sure how that is going to work. Will the probes be wired to the electronics on the tank’s dry side, or will they communicate wirelessly? Currently, the Fishbit’s electronics and probes are both on the wet side of the device, with the electronics sealed up with silicone. This means that the beta version of the device is a disposable monitor, as sooner or later the probes will need to be replaced and monitoring will fail.

Since electronics will be on the dry side in the production version, there won’t be a need for any seals, O-rings, or silicone. Again, I am curious to see how this is going to work, as it may greatly affect the design of Fishbit, changing it from the simple black bar monitor to something else entirely. While this seems like a more realistic approach, it would be good to have this version as a beta test device. It’s important that testers have access to a near-final product, so that any problems or bugs can be addressed. For example, many monitors place their control unit away from the aquarium, with modules that connect various probes. The modules and control units can be wall-mounted in areas far from the danger of water infiltration. Will Fishbit offer the same, or will electronics be magnetically attached to wet-side probes, and in direct drip range of saltwater? If they are in direct drip range, what type of seal will protect them?

With Fishbit scheduled to start shipping in less than a month, it seems like the production version of the product may be a surprise to everyone, and potentially a dramatic departure from the current beta version.

Will Fishbit offer tips on improving water quality, and if so, how will that work? 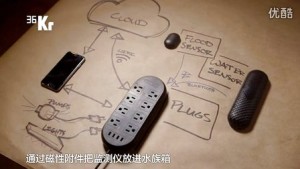 One thing many aquarists were excited about was Fishbit’s proposed ability to provide tips on how to improve their aquarium. The Seneye Reef Monitor attempted this, but overall the feature felt unfinished on that device. In the beta version of Fishbit, I’ve found notifications if something such as temperature or ph fluctuates within the tank, but not insight on how to correct it. In speaking with Nathan, I learned that the development team is working on a system that offers insight into how the aquarium ecosystem is doing using raw sensor data. He hopes this will provide advice about what happened in the tank that may have caused current changes. The software may also suggest what an aquarist might do to intervene, should something be going wrong.

This sounds exciting, but as an aquarist, my concern is that Fishbit only measures ph, temperature, and salinity. These are vital but basic parameters, and most aquarists already have something in use to consistently measure them. Aiding in calcium drops or rises, or rapidly decreasing magnesium, would be outside the Fishbit’s range of capabilities, and most novice aquarists instinctively know how to combat ph drops and temperature increases. I don’t know if Fishbit will allow aquarists to input test results from various test kits, or if the unit relies only on senor data. Can the unit diagnose when it needs to be re-calibrated and will the mobile interface grow to implement this type of system?

Right now, Fishbit’s mobile monitor interface is quite simple, displaying the three parameters Fishbit tracks. It would be useful to grow that interface, and perhaps even make it PC-accessible, if detailed advice is to be offered by the device. 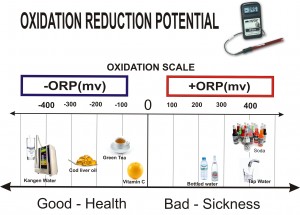 A major concern for me was whether or not the Fishbit would monitor and control ORP (oxidation reduction potential). I use my current controller to monitor and track my tank’s ORP, as well as control when my ozone reactor turns on or off. Some aquarists monitor ORP as a measure of water quality, and others don’t monitor it at all. In any regard, knowing your aquarium’s ORP is a benefit. Sadly, neither the beta nor production version of Fishbit will include ORP monitoring or control. Nathan is hopeful that such features can be added on in the future, but for the first time around, it won’t be included.

PAR, and other features?

Like ORP, PAR and other monitoring parameters won’t be included with the initial release of Fishbit. Current Labs is striving to keep the cost of the device down as well as deliver something that can aid aquarists in directly achieving a healthier tank. Since much of what Fishbit does is cloud-based, Nathan is hopeful these sensors could be added later, but for now, time will tell. 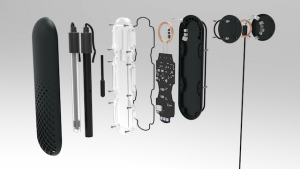 Nathan projects that someday, Fishbit will be able to pull data from thousands of users to help not only bring aquarists together, but offer advice to a network of aquarists. If Fishbit can track and record aquarist’s actions to combat various problems within their tanks, then the system can compile and pull from an online database of aquarium information. While this feature would have a unique cool factor, it’s still something that remains out in the future, as right now, Current Labs concentrating on releasing a production version of Fishbit free of any communication bugs. Current Labs is working with several aquarium equipment manufacturers to include compatibility of their products.

An aquarium controller is an investment, and it’s important that the controller can grow with the aquarist. Nathan’s goal is that Fishbit will become something that aquarists buy at the same time they invest in a new marine tank, or upgrade an existing system. He would like to see it grow into something that becomes a mainstay of aquarium care, such as a good protein skimmer or carbon reactor.

I imagine that a viable future for Fishbit as a mainstay piece of aquarium gear will depend on price. I fear that in its current iteration, Fishbit won’t be enough to convince hardcore aquarists to plunk down money on a second monitoring and control solution, especially if they have a monitor which they can expand. I also fear that if priced too high, Fishbit will discourage new or novice aquarists from making the purchase, simply because they are uncertain what their future in the hobby may look like. Next month, the production version of Fishbit will be competing neck and neck with devices that are well-established and come with an almost rabid fan base. Current controllers are highly expandable, offering a host of control and monitoring options. Over the years, controllers have become much easier to install and set up, and new user interfaces have made accessing them simple. Current controllers offer both mobile applications and web-enabled access, meaning that users can literally access them anywhere they have an internet connection.

Once I have some time with the controller side of Fishbit, I’ll be able to provide a clearer picture of how the device functions, and perhaps provide a thorough review of the beta version.