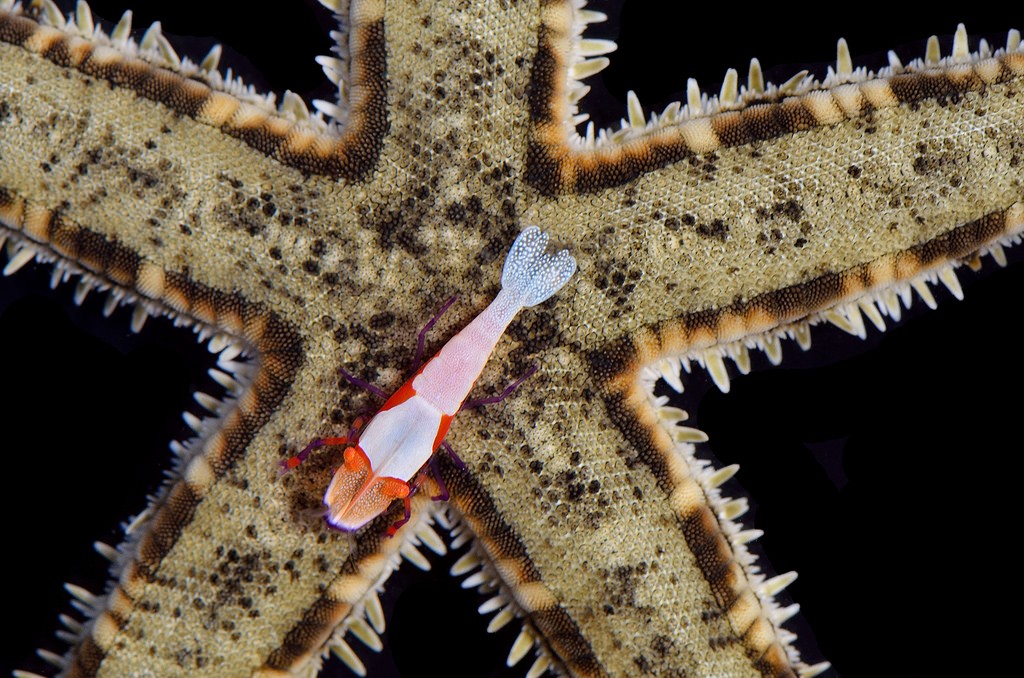 An emperor shrimp hanging out on its starfish host. Photo credit: Lemon TYK.

It’s the start of the week (where I am), and let’s face it – Mondays are the Snapples of the week. Snapple, as in the drink. Always great looking, but so meh tasting. So, like you, and the many others that find it difficult to trudge through the work week, I too am reluctant (and lazy); too lazy even to continue watching Dexter (I just finished a Breaking Bad marathon). So instead of long blog posts, i’ll leave you with a couple of macro shots I took over the weekend. I’ll call this series Macro Monday. Unoriginal name yes, but with original content no less. 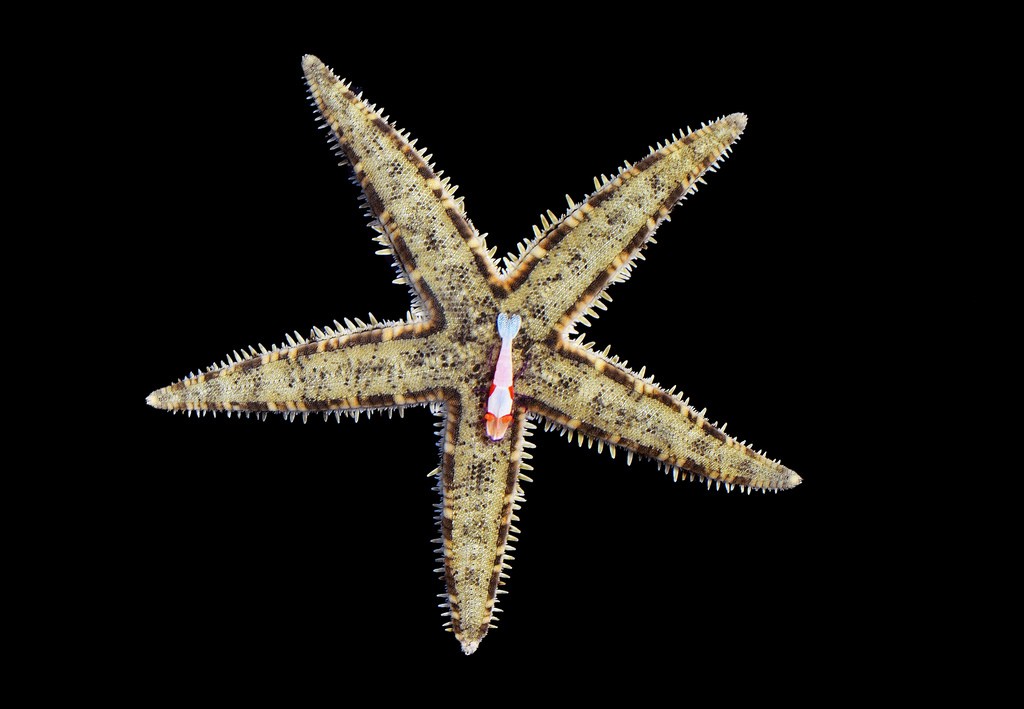 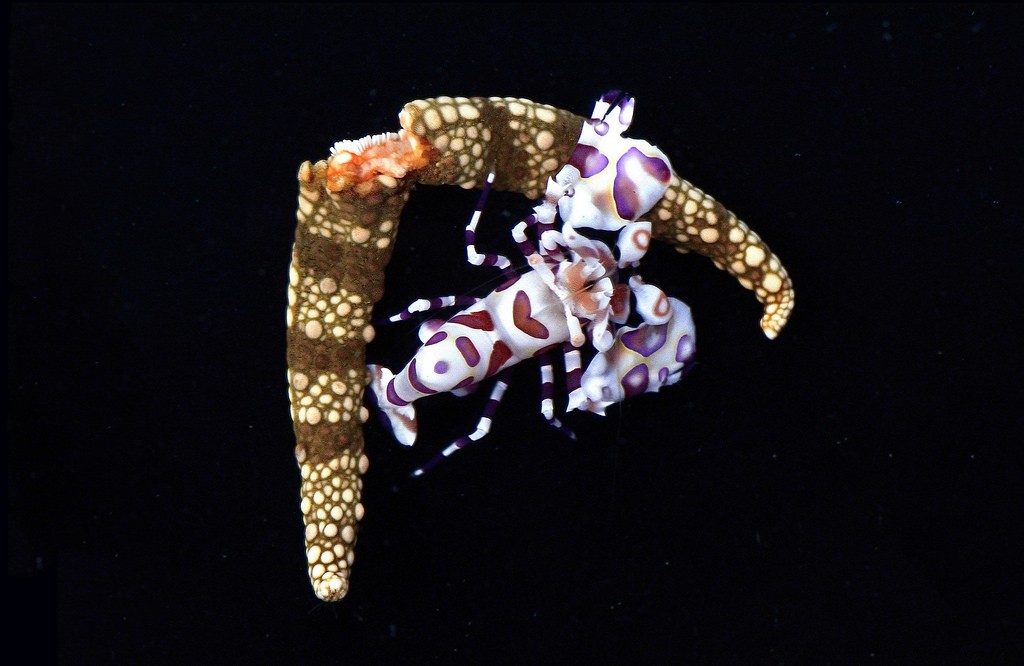 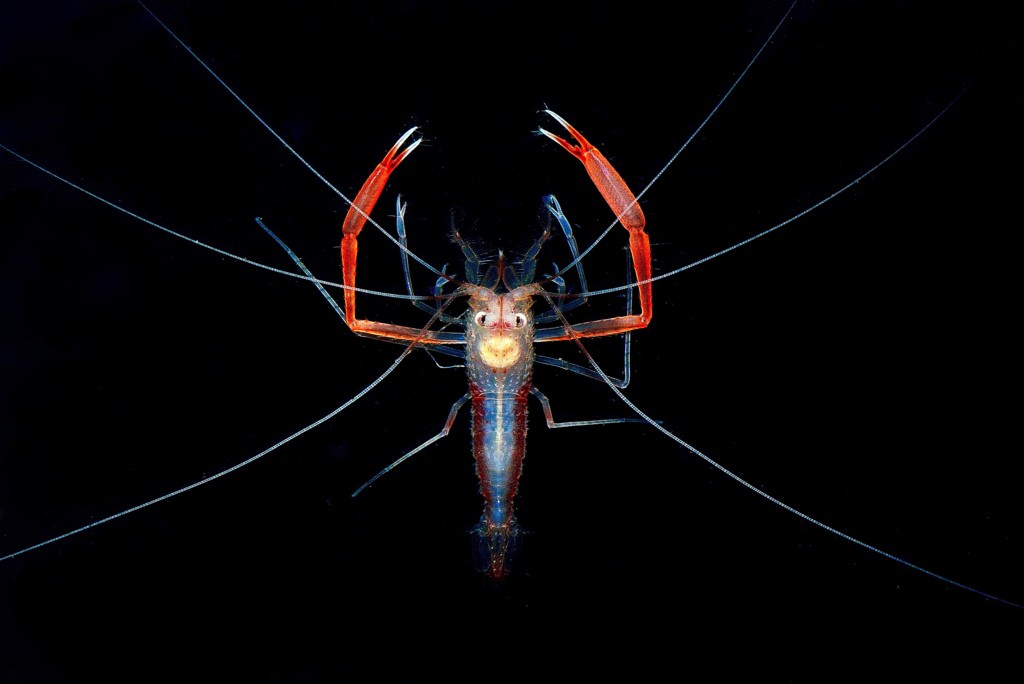 So enjoy these few photos of invertebrates hanging out (or eating) other invertebrates. For more macro photographers, follow my instagram page @LemonTeaYK. Otherwise, see you next Monday!