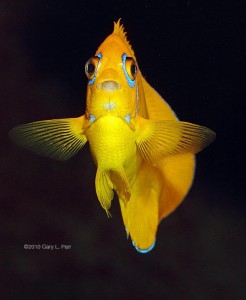 A new week and a new podcast. This week’s topics include lighting, reef-safe fish, Paul Allen’s yacht, reefer phrases, and cosmetics. Download the podcast here, or subscribe to our podcasts at iTunes. Also, follow us on Twitter at reefthreads.—Gary and Christine

Fish can get “drunk” on CO2