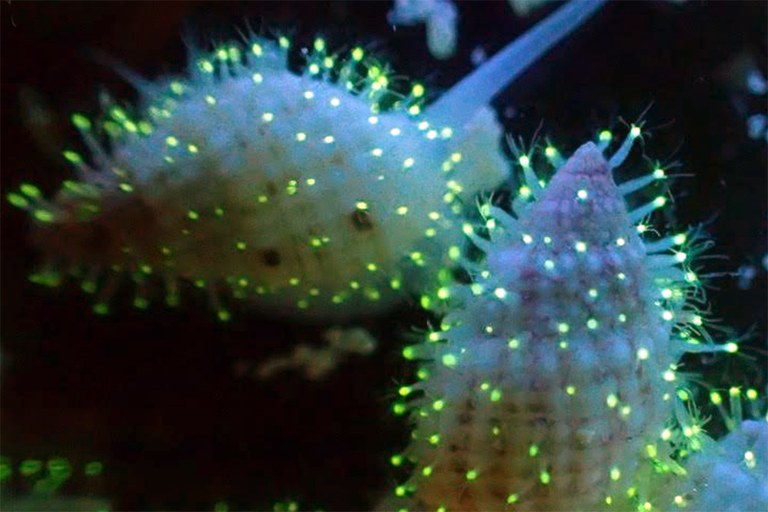 
Nassarius margaritifer is a common, wide-ranging Nassarius sp. snail (one many reefkeepers have kept as part of their cleaner crews).  But when they’re decked out in neon hydroids, they’re something else!

The mouths of the symbiotic hydroids are packed full of GFP (Green Fluorescent Protein), a protein commonly found in corals, which are responsible for the green fluorescence when bombarded with blue light.  It is hypothesized that the glow attracts prey to the hydroids and maybe the snail as well, although the exact benefits of this fascinating symbiosis are not well understood.  Perhaps the hydroids also serve as prickly defenses for the snail as well.

The strange partnership between snail and hydroid is described in PLOS ONE.

How cool would it be to have a tank full of these guys working your sandbed?