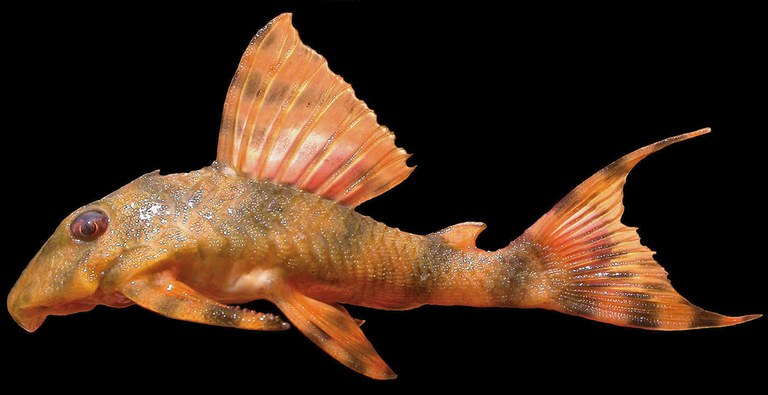 
Peckoltia wernekei is known from the upper Orinoco River in Amazonas State, Venezuela.  P.wernekei is genetically very similar to P. lujani, yet we see very distinct morphological differences such as a significantly taller dorsal spine and a more reddish base color.

The new pleco species is described in ZooKeys.