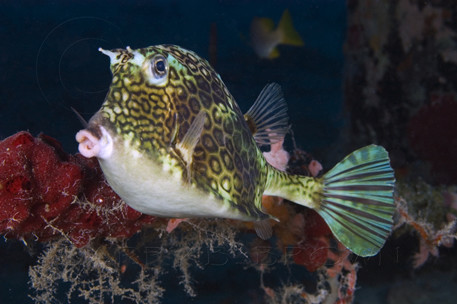 I have a Curacao favorite for you all today called a Honeycomb Cowfish (Acanthostracion polygonius).This unusual reef fish has an armor of heavy hexagonal scales covering much of its body and an elongated caudal peduncle (tail stem) with rounded fins. It has a small, puckered mouth and tiny horns over it’s eyes with a sloped face and pronounced forehead, resembling a cowfish. Despite being somewhat rare and shy, this is a popular fish for divers and public aquariums.

Off to the sea…