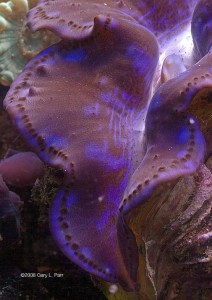 Where do you place your clams?

We’re back for more reef talk. This week’s subjects include a Todd from Australia update, placing clams in your reef, Project 365, filter socks, and all-in-one aquariums. Download the podcast here, or subscribe to our podcasts at iTunes. Also, follow us on Twitter at reefthreads.—Gary and Christine